SEOUL, May 4 (Yonhap) -- Of the many signs that life in South Korea is returning to normal amid the global coronavirus pandemic, the start of a new baseball season may be among the clearest. After all, if it is safe for grownups to take their bats and gloves and play a game for three hours, then it must be OK to engage in other activities, too.

The 2020 Korea Baseball Organization (KBO) season will start Tuesday after being delayed from the original March 28 Opening Day due to the COVID-19 outbreak. As they prepare for the new beginning, 10 managers and 10 team captains know the season would not be happening without the hard work and dedication of frontline medical and health workers. 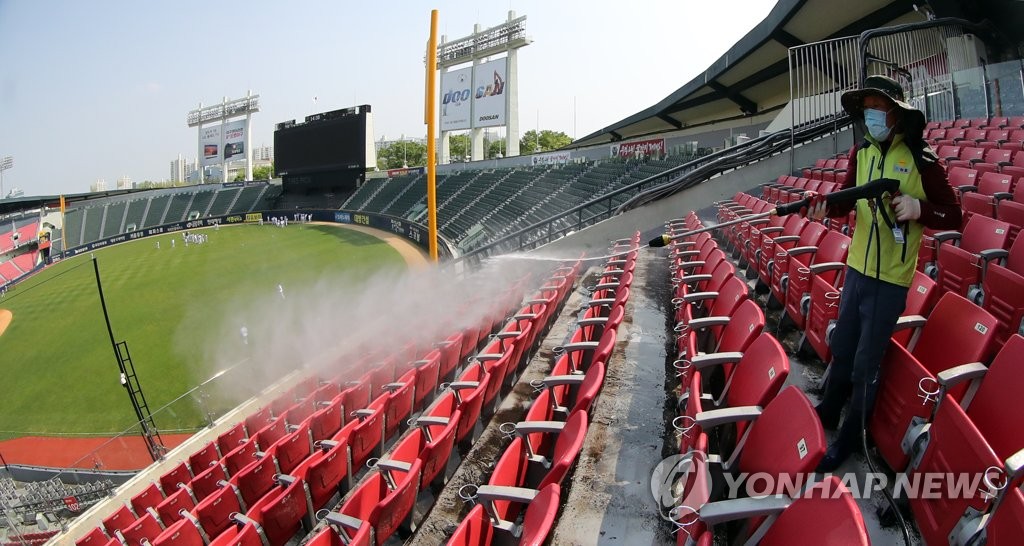 When they gathered for the season-opening media day over the weekend, they gave credit where it is due.

In the KBO, the season-opening media day usually provides the stage for participating managers and players to exchange friendly banter or crack some jokes, lame or otherwise, in front of a live audience.

This year, the coronavirus pandemic has changed everything. The media day proceedings were recorded Saturday behind closed doors, with managers and their captains connecting via videoconferencing from their home stadiums. The edited session was aired on cable television and streamed online Sunday.

It began with the 20 participants joining the "Thank You Challenge." The campaign uses sign language -- the right hand with the thumbs-up sign placed on the palm of the left hand -- to show appreciation for the frontline medical workers.

When it was his turn to discuss the upcoming season, SK Wyverns manager Youm Kyoung-youb opened by thanking the health workers once again.

"It's all thanks to these medical workers and also to our fans' conscientious efforts that we're able to start our season," Youm said. "I'd like to take this opportunity to thank them again."

As the lone American manager in the league this year, Kia Tigers skipper Matt Williams has a unique perspective on South Korea's response to the pandemic. With Major League Baseball still on hold, Williams, former National League Manager of the Year, said he was excited to get the season going here. 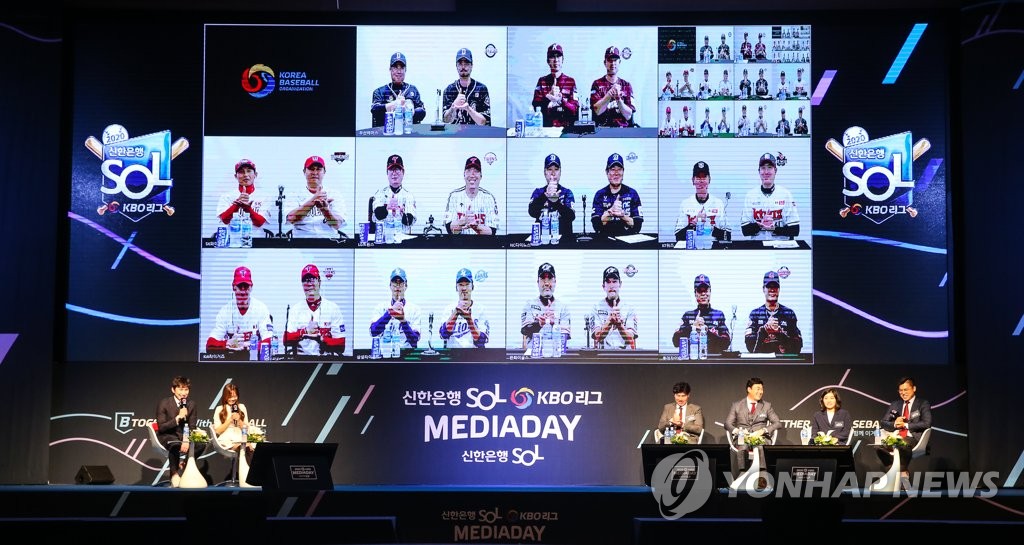 "I think the KBO, the South Korean government, the players and all front offices have done a fantastic job in allowing us to be here today," Williams said. "It's difficult, and everybody has handled it with great enthusiasm. They've done everything that needs to be done, as far as all the precautionary measures that needed to be taken."

The southeastern city of Daegu was hit particularly hard by the coronavirus, and Daegu's own Samsung Lions will try to give their fans something to cheer about this year.

Samsung captain Park Hae-min noted that the Lions have yet to play a postseason game at their new stadium, Daegu Samsung Lions Park, which opened in 2016, and he will try to change that this year.

"We're able to play baseball in Daegu all thanks to medical workers," Park said. "We want to play some playoff baseball there. And if that happens, then I'll invite medical and health workers to our stadium for a special camp." 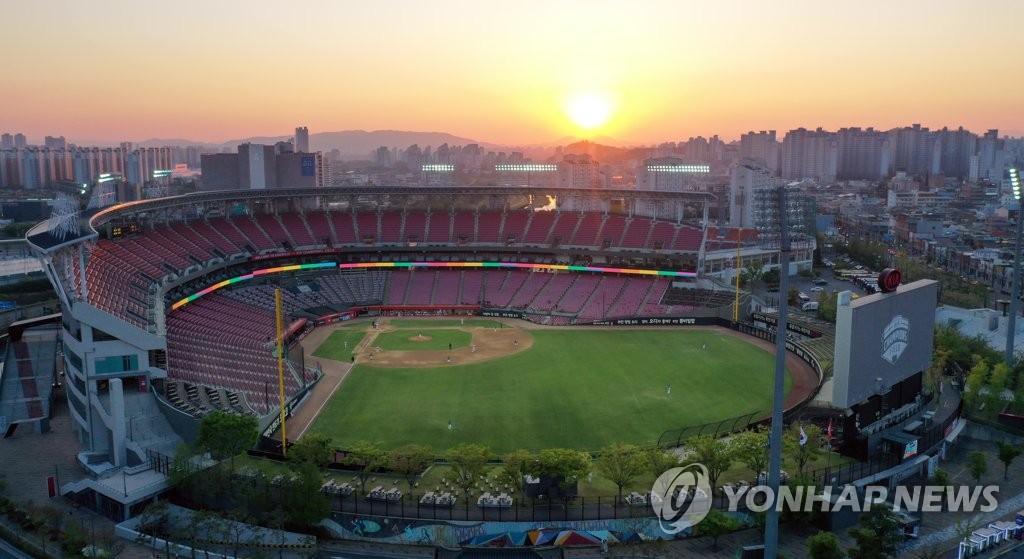