SEOUL, May 5 (Yonhap) -- One of the fixtures in President Moon Jae-in's daily schedule in recent months has been to have phone calls with the leaders of foreign countries seeking South Korea's help in coping with the coronavirus pandemic.

The long list includes friends, partners and allies from across the world, such as U.S. President Donald Trump, Chinese President Xi Jinping and other leaders from the Middle East, Africa, Europe and elsewhere. But there is one country conspicuously missing from the list: Japan.

Japan was neither among some 120 foreign countries that requested Seoul's support in purchasing Korean-made quarantine equipment, primarily diagnostic kits, as they learned of South Korea's swift and advanced response systems.

In the fight against the COVID-19 outbreak, South Korea has fared well in its brisk diplomacy to an extent that it has promoted its virus control methods as "a global exemplar," as said by many top foreign officials.

The lack of cooperation with Japan is a reminder that the two countries, whose ties already badly frayed over the prolonged row over history and trade, are just a long ways off from getting along even at a time of the global health crisis.

Relations between the two countries remained so chilly that the South's foreign ministry vehemently denied a local new report that it talked unofficially to Japan about providing it with quarantine products, saying it never suggested such an idea whatsoever. 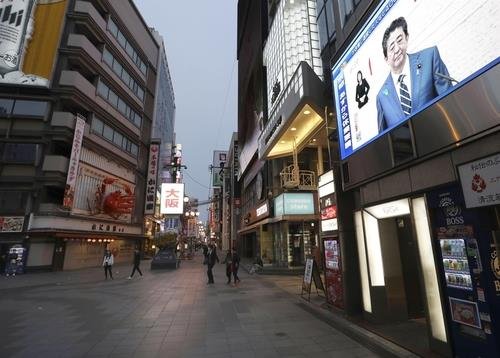 But signs of possible future cooperation have emerged after Japanese Prime Minister Shinzo Abe told a parliamentary session last week that "exchanging information and experience would be of a big help to Japan's responses," when asked by a lawmaker of Tokyo's possible anti-virus cooperation with Seoul.

Seoul reacted positively to Abe's remarks, with the foreign ministry saying the country is willing to cooperate with Japan in coping with the coronavirus. But it also made clear that it has not suggested sending quarantine products to Japan or received such a request.

"I would not see Abe's remarks as mere rhetoric. We could say that Tokyo may be beginning to look into the matter more seriously than before, given the worsening outbreak situation there and growing public opinion in support of cooperating with Korea to that end," a foreign ministry official said.

Despite such conciliatory signs, experts said it won't be easy for either side to back off.

"What Abe said in the parliament is most likely a repetition of what he said during his speech at the beginning of the year," Yang Kee-ho, a professor at Sungkonghoe University, said by phone Friday, referring to the Japanese leader's mention of Korea as "a neighbor" and "an important country" for Japan.

"The pending issues between South Korea and Japan, like forced labor and sexual slavery, are too grave and too important a matter that it's difficult for either side to say, 'Let's put these problems aside for now and talk about coronavirus cooperation,'" he said.

Relations between Seoul and Tokyo were strained badly last year as Japan imposed export restrictions against the South in apparent retaliation for South Korea's Supreme Court rulings ordering Japanese firms to compensate Korean victims of forced labor when Japan ruled Korea as a colony from 1910-45.

In a tit-for-tat move, Seoul responded by deciding to terminate a military information-sharing pact with Tokyo but later suspended the termination decision at the last minute as the two sides agreed to resolve the matters through diplomacy.

Such tensions appeared to have lingered on through the coronavirus crisis.

At the onset of South Korea's massive outbreaks of cluster infections in early March, fresh tensions ran high between the two neighbors after Japan said it will suspend visa waiver programs for South Koreans and toughen quarantine measures for arrivals from Korea's southern regions where the cluster infections originated, to stem the spread of the virus.

Seoul hit back at Tokyo the next day with reciprocal measures, halting visa-free entry for Japanese people and enforcing a special screening that had only been applied to China's Wuhan city, the epicenter of the outbreak. Seoul strongly questioned Tokyo's "true intentions" behind the entry restrictions. 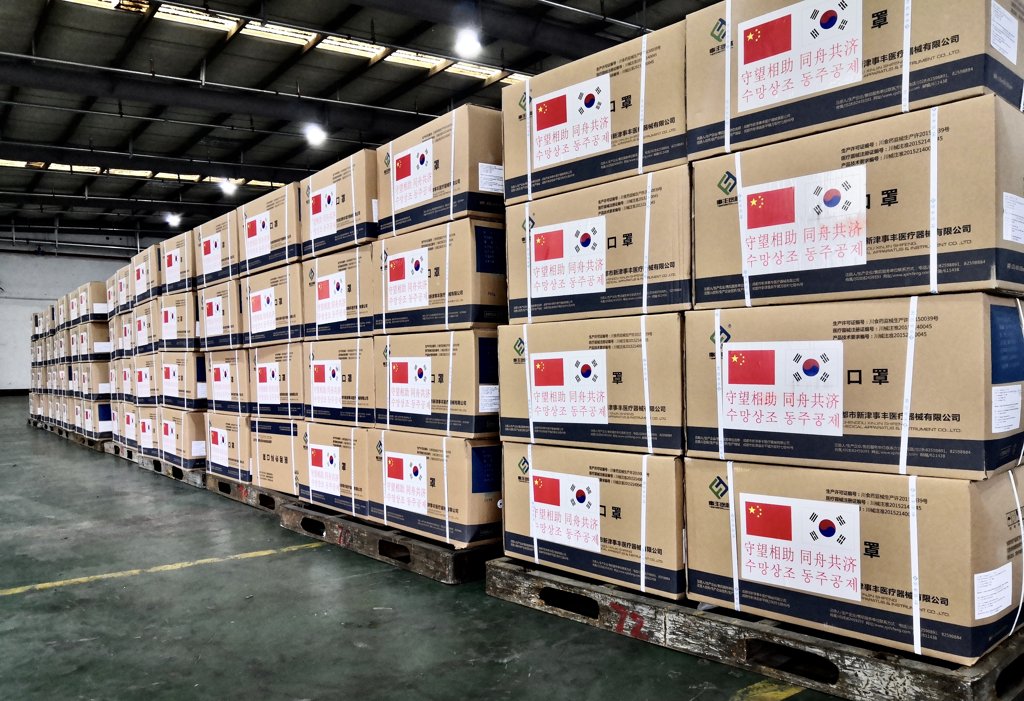 Tensions with Japan contrasted sharply with Seoul's cooperation with the United States and China.

After Trump asked for South Korea's help in securing anti-coronavirus medical supplies during a phone call with Moon, Seoul worked briskly to make arrangements so as to help local virus kit makers export their products to the U.S.

Seoul and Beijing have shown great cooperation, providing each other with quarantine products, such as face masks and medical gear. The two countries also created a fast-track entry system for businesspeople in exception to current entry curbs to reduce the economic fallout from the virus outbreak.

Political consideration has surely been factored into the coronavirus cooperation with Beijing, especially given that Seoul has been pushing for a visit by the Chinese leader at an early date, according to Kang Jun-young, professor of international studies at the Hankuk University of Foreign Studies.

"Xi would like to declare before the world that China has succeeded in beating the virus, and if he wanted to do that outside of China, where would he first consider going? I bet Korea will be the best destination," Kang noted.

Experts, like Yang of Sungkonghoe University, believe it's unlikely Seoul and Tokyo will pivot to working together in the battle against the virus, citing potential new developments looming over the forced labor suits.

The Korean plaintiffs have requested local district courts allow them to auction off local assets of Japanese firms Mitsubishi, Nippon Steel and Fujikoshi in South Korea so as to cash them out for compensation for forced labor.

The courts have frozen the assets after upholding the plaintiffs' request, but they could soon order the execution of asset sales as early as in the first half.

"Japan is keeping a very close eye on the asset sales. If the courts order the sales, Japan will immediately take steps in retaliation, which will be devastating to diplomatic relations," Yang said. 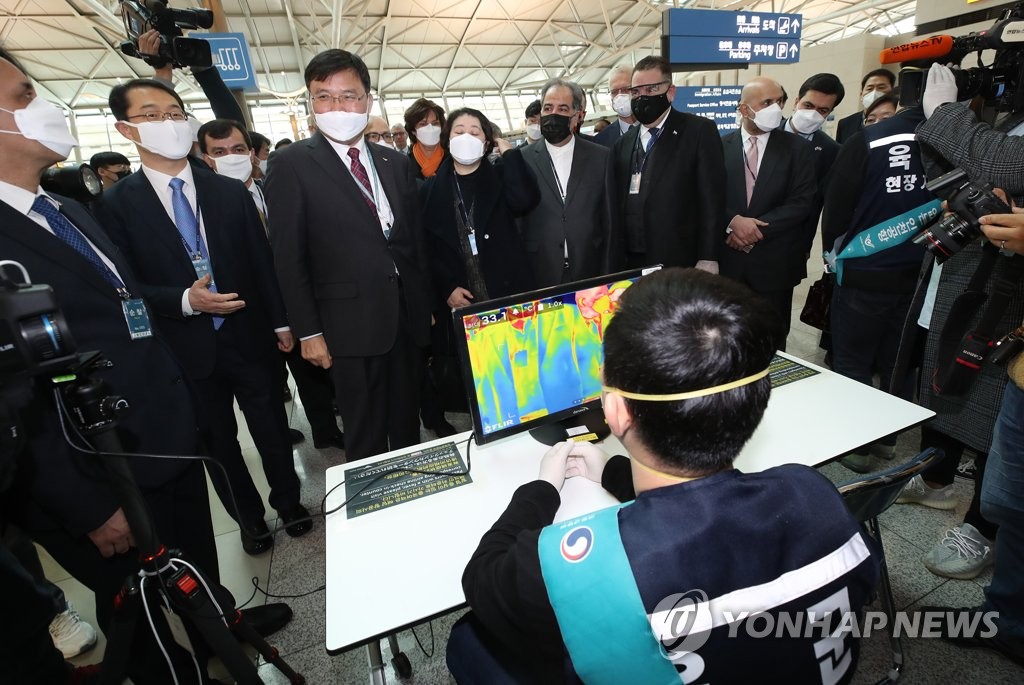 (News Focus) Even in flurry of coronavirus diplomacy, getting cozy with Japan a long way off for S. Korea

(News Focus) Even in flurry of coronavirus diplomacy, getting cozy with Japan a long way off for S. Korea