Appearing on a live video log on YouTube last week, BTS member Jimin shared the news on the project, the band's new discographic journey that came as the coronavirus pandemic has put its globe-trotting concert tour on hold.

"As our team's production of a new album has been assigned independently to ourselves, we named the project managers (for each category), and I was put in charge of music," Jimin said on Friday.

"As the project manager, I would outline how the band members want to carry out (the music producing), what style of music they want, how they want it to be organized as well as which member would go best (with which music) and share them with the management agency," Jimin said of his duties.

He also provided a glimpse of his ongoing missions of hearing from band members and documenting their opinions. 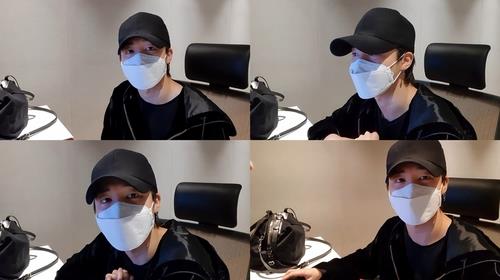 Team leader RM first broke the news on the band's new album in a live YouTube video log on April 17 as the first of the seven BTS members to take his turn to share his everyday personal life online.

"As many concerts have been postponed or canceled in the prolonging of the (coronavirus pandemic) situation, we have reached a conclusion that we should try a new thing," RM said, announcing that "we started preparations for a new album."

"We will share the process (of the album preparations with fans) ... although nothing has been fixed including the time of its release," according to RM.

Taking over from RM, member Suga provided further details on the new album project the following Friday in a live YouTube video log.

"We started off by naming our own (project managers) for each category, such as music or visual (effects). A video on it will soon be unveiled," Suga noted. 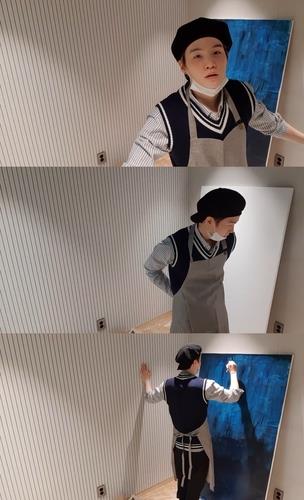 If completed as planned, the new album is likely to become the first self-produced BTS album in its wildly popular, social message-charged discography.

The project came after the entire itinerary of the latest BTS world tour, "Map of the Soul Tour," was rescheduled due to the COVID-19 pandemic.

Announcing the rescheduling last week, the band's management agency, Big Hit Entertainment, said, "We will also create new ways for our artists to engage with our fans and respond to the 'new normal' while we wait to resume our activities halted by COVID-19."