SEOUL, May 4 (Yonhap) -- South Korea should sign a free trade deal with North Korea to accelerate reform in the communist nation and to help it integrate into the international market, a state-run think tank said Monday.

A Comprehensive Economic Partnership Agreement (CEPA) is equivalent to a free trade agreement.

The think tank also noted that North Korean leader Kim Jong-un has seen some progress in his policy of reform and opening up since he took power, such as incorporating marketplaces into its economy.

But the country's economy has faced challenges since a set of harsh sanctions were imposed on the North in 2016 to punish the regime for its nuclear and missile programs, it added.

KIEP stressed the need for the North to normalize foreign relations first, saying the success of the open-door policy in countries like Vietnam and Myanmar depended on whether or not they could attract foreign capital.

North Korea's economy is unlikely to achieve reform and openness without the lifting of sanctions and normalization of foreign relations, it added.

It also called on South Korea to help create and improve conditions for foreigners to participate in inter-Korean economic cooperation, and to play a leading role in donor conferences for international organizations on providing assistance to North Korea. 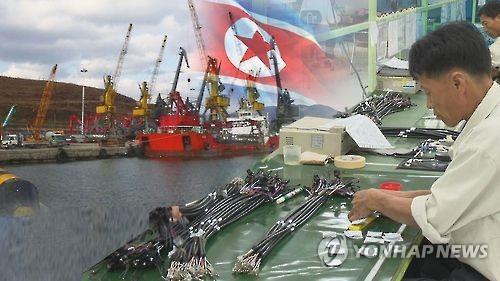