SEOUL, May 4 (Yonhap) -- The Korea Meteorological Administration (KMA) said Monday it was looking into a recent, abrupt rise in earthquakes rattling the nation's southwestern county of Haenam.

The county had suffered no quakes for more than four decades, only to be rattled by a series of sudden seismic actives in recent days.

On April 26, it was first hit by a 1.8 magnitude earthquake. Since then, it has been struck by small quake after small quake. A total of 54 earthquakes have been detected in the county, according to the national agency.

The KMA held a response meeting early Monday and decided to set up four makeshift observation centers near the epicenter, 21 kilometers northwest of Haenam, to investigate what has been causing the temblors with a magnitude of between 2.1 and 3.1. The temporary centers are fitted with functions to monitor the seismic waves, collect data and send out alerts.

As recently as Sunday, a 3.1 magnitude earthquake shook the county, the second-strongest quake reported this year after the 3.2 earthquake in Sangju in North Gyeongsang Province on Jan. 30. On the day, 10 small temblors followed.

The cause of the seismic waves remains elusive, as no investigation has been done on a possible fault line underground since the KMA started its service in 1978.

While the geological investigation is under way, more earthquakes could hit the county for the time being, the KMA warned. 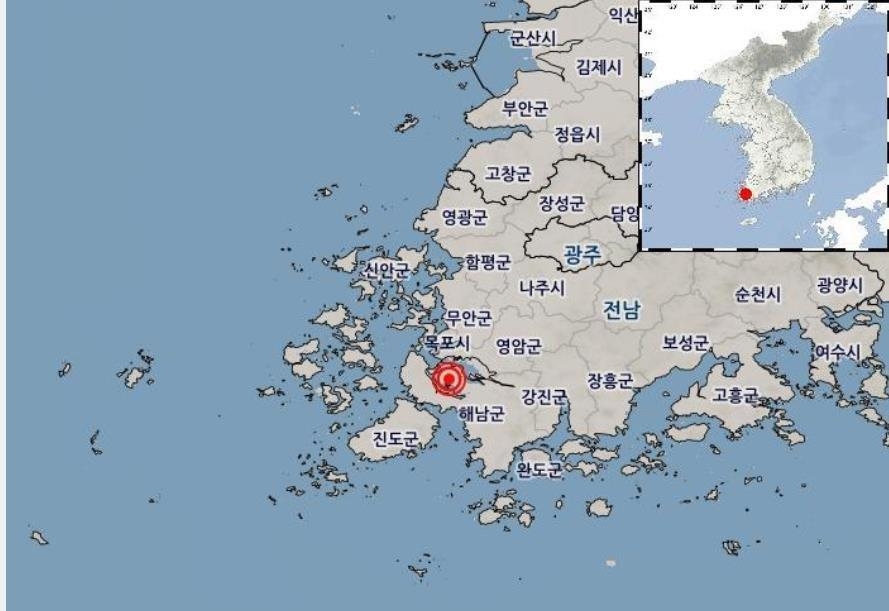