SEOUL, May 4 (Yonhap) -- Suho, the leader of the globally-loved K-pop boy band EXO, will temporarily leave the group to fulfill his military duty, the artist said Monday.

The 29-year-old, whose legal name is Kim Jun-myeon, will begin his military term on May 14, he said in a hand-written letter uploaded on the fan community application, Lysn.

"During the time, I think I may dearly miss you, EXO-L," Suho said, referring to the name of the EXO fandom.

SM did not provide further details on his enlistment, including the exact time and place.

Able-bodied South Korean men must serve about two years in the armed forces.

Suho will reportedly undergo a four-week rudimentary training at a military boot camp before starting as a full-time social worker.

He is the third of the nine EXO members to serve in the military after Xiumin and D.O. enlisted last year.

Since debuting in EXO, Suho has been the lead vocalist and the team leader of the wildly popular K-pop band. He has also expanded into acting in films and musicals. 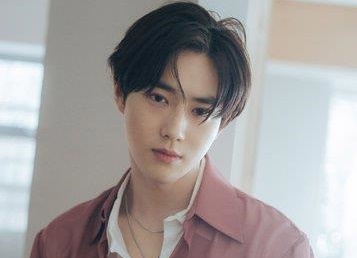