SEOUL, May 4 (Yonhap) -- South Korea on Monday announced plans to reopen schools starting next week, more than two months after schools were closed in a precautionary measure against the new coronavirus that has infected more than 10,000 here. 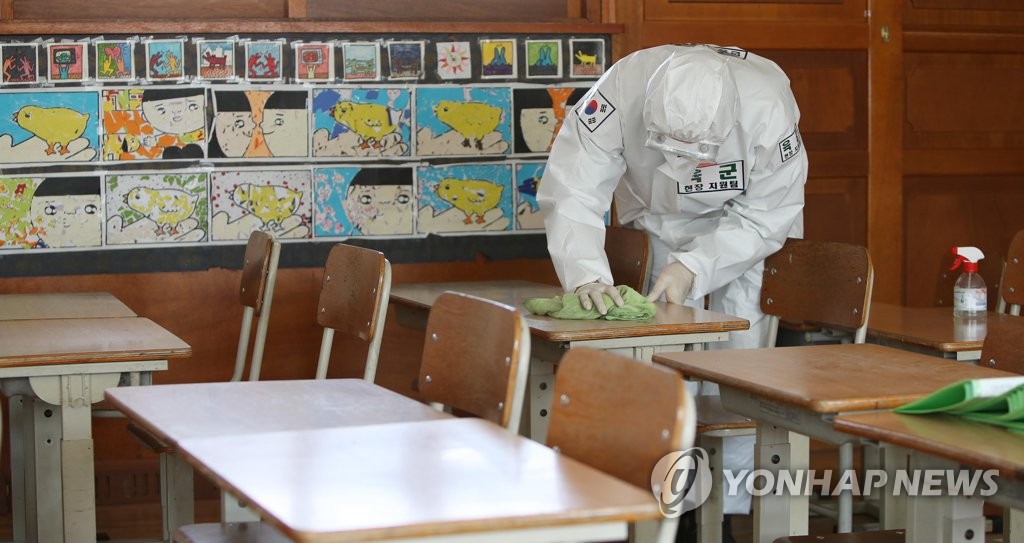 South Korea runs a 6-3-3 school system, which consists of six years of elementary school and three years each of middle school and high school.

Yoo said the government considered several factors, such as having enough time to assess the impact of the long holiday in late April and early May as well as the academic needs of high school seniors.

Key public holidays -- such as Buddha's Birthday, Labor Day and Children's Day -- all fell in late April or early May this year, raising the alert on possible transmissions as people travel across the country.

Yoo added that the youngest students will be returning to school at an early date, given that many students are already taking part in emergency child care sessions and that face-to-face teaching is more effective for their age. 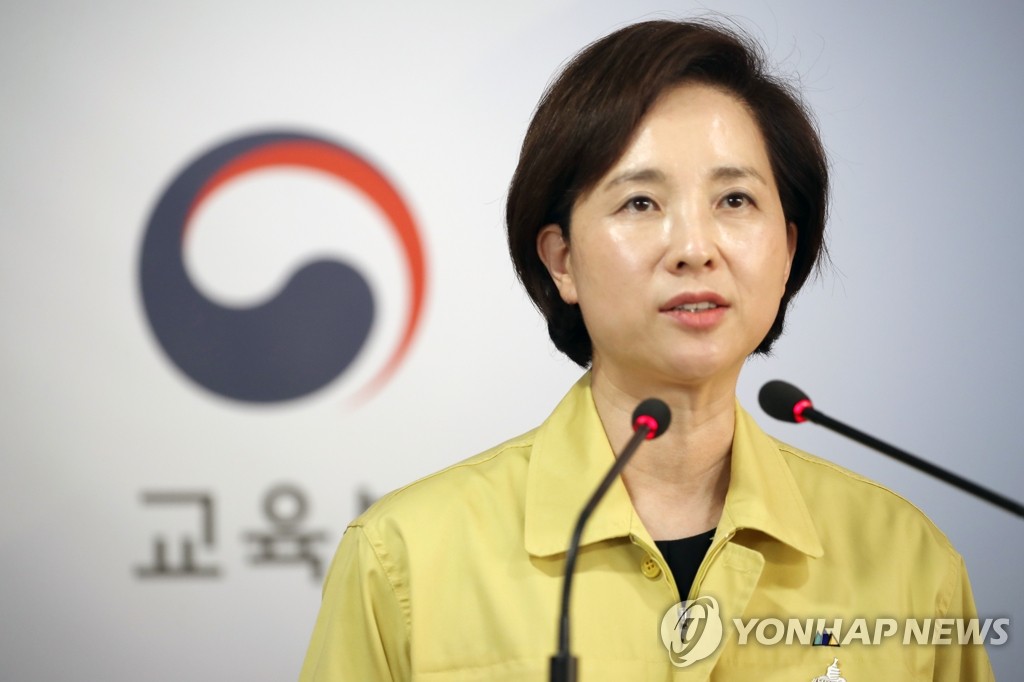 The education minister, however, warned that the school reopening should not be considered as "the end of the coronavirus," urging teachers, parents and students to closely follow quarantine guidelines.

Around 99 percent of schools across the country have completed quarantine preparations and secured 14 million hygiene masks in addition to 18 million cotton masks, according to the education ministry.

The government will also run regular fever checks, ban families of patients and those who have traveled abroad from coming to school and shift to remote learning if an infection occurs.

"Schools cannot go back to the times before the COVID-19 outbreak ... this may become an inconvenient everyday life for all of us," Yoo said, "However, we can wisely lead a new everyday life if we all cooperate, as we had all striven to push ahead with remote learning, which was also once considered unfamiliar." 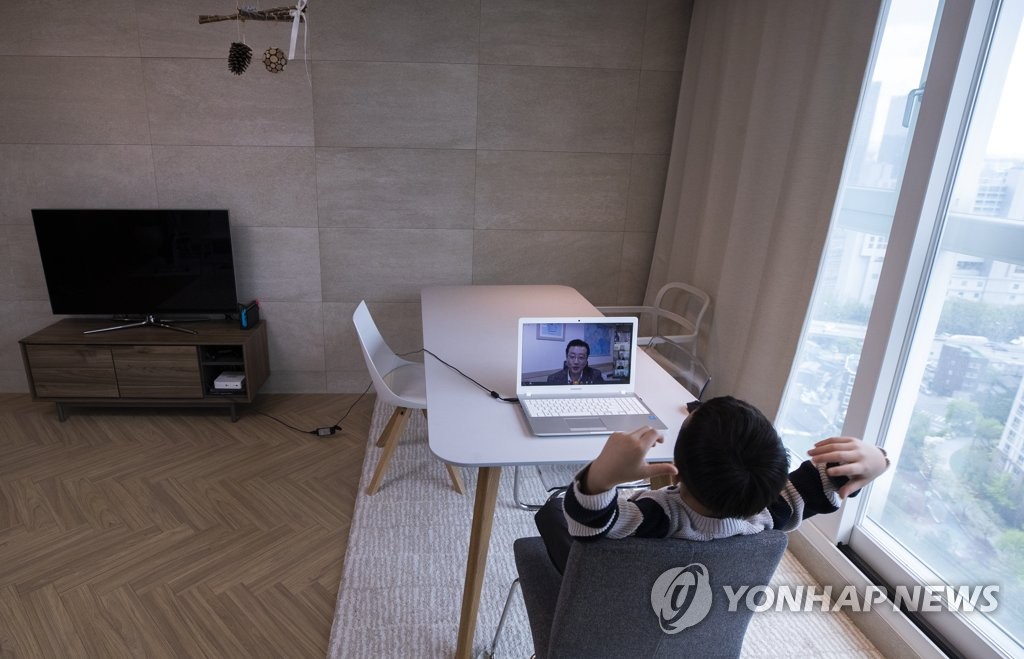 "We believe that the possibility of group transmissions at schools after their reopening is not high but is still there," Jeong Eun-kyeong, director-general of the Korea Centers for Disease Control and Prevention, said, adding that health authorities and the education ministry are running mock tests against contingency scenarios.

In an indication of what appears to be weakening risks, Seoul is set to ease its intensive social distancing campaign starting Wednesday.