SEOUL, May 4 (Yonhap) -- K-pop boy band Monsta X on Monday put off the release of a new album to late May due to member Shownu's back injury.

"Ahead of the comeback, Shownu felt pain in his back while working on a choreography exercise, and the result of a medical test at a hospital prohibited him from fierce exercise or body movements, requiring him to receive treatment," the band's management agency, Starship Entertainment, said

The release date of the upcoming album, "Fantasia X," will be moved to May 26 from the original date of May 11, according to Starship.

"Shownu is currently undergoing concentrated treatment and his condition has much improved ... a doctor's order says, however, he needs more time for recovery before taking the stage," it added.

In line with the postponement, the timetable of promotional events leading up to the album release will also be rescheduled and announced in the future, according to Starship.

The upcoming album is Monsta X's first Korean music album in seven months, which will bring together all of the band's six members, including main rapper Jooheon who has been absent due to health issues.

It is also Monsta X's first return to the local music scene following their sensational entry into the Billboard 200 albums chart in February at No. 5 with the English album "All About Luv." 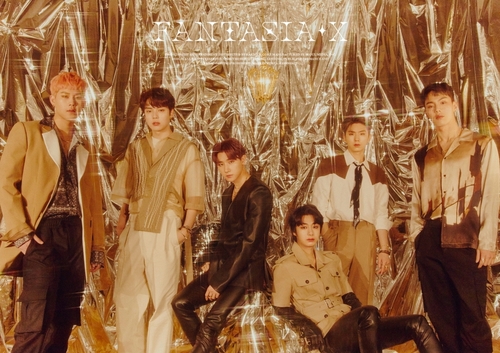