SEJONG, May 4 (Yonhap) -- South Korea's finance minister on Monday raised the possibility of temporarily softening regulations for companies to boost investment as the nation seeks to minimize the economic fallout from the coronavirus pandemic.

Finance Minister Hong Nam-ki told a meeting with senior ministry officials that there is "the need to temporarily ease regulations that have become obstacles to corporate investment." 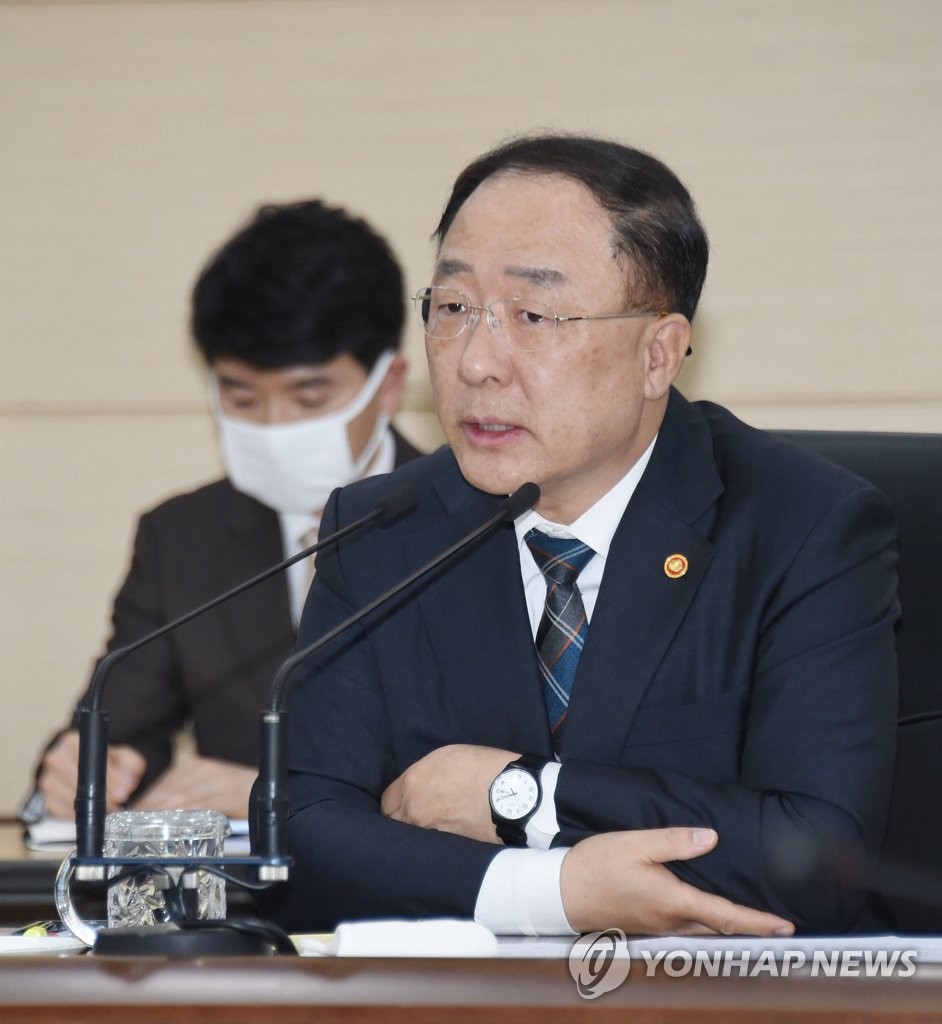 Last week, the National Assembly approved a 12.2 trillion-won (US$10 billion) extra budget to fund emergency handouts for households to cope with the economic impact of the coronavirus outbreak.

To reinvigorate economic growth, the government has started reviewing measures to ease regulations in 10 industrial sectors, including artificial intelligence and mobility.

Hong repeated that the ministry will unveil details of a third extra budget early next month.