WASHINGTON, May 4 (Yonhap) -- U.S. Defense Secretary Mark Esper said Monday that he is confident of the readiness of American troops in South Korea following the recent coronavirus outbreak.

"So I can confidently say that we're preserving the 'fight tonight' status readiness that we need on the peninsula with our ROK allies," Esper said, referring to South Korea's official name, the Republic of Korea.

"It's all about deterring bad behavior, and they've been able to do it and preserve the readiness as a result," he said, alluding to North Korean missile tests and other such provocations.

Esper also said the U.S. forces are augmented with off-peninsula resources, such as bombers, fighter aircraft and naval forces.

"The force is in very good shape," he said, noting that he speaks with Abrams on a weekly basis. 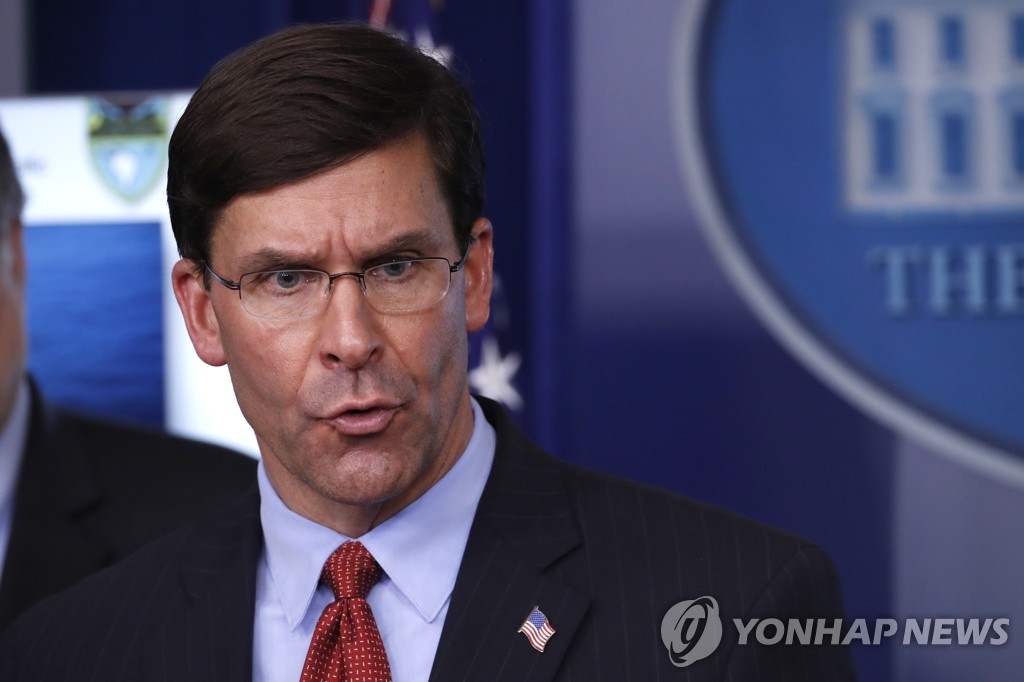 Esper says he is confident of USFK troops readiness

Esper says he is confident of USFK troops readiness