SEOUL, May 5 (Yonhap) -- As part of its deal to broadcast Korea Baseball Organization (KBO) games to the American audience this season, ESPN will also be covering the league on its web platform, ESPN.com.

Just ahead of the start of the 2020 season here on Tuesday, ESPN.com released its first KBO power rankings. The 2019 runners-up Kiwoom Heroes came out on top, with the defending champions, Doosan Bears, down in third place.

That's a tad low for a team picked by many South Korean pundits to repeat as the champions in 2020. ESPN.com noted that the Bears have lost their No. 1 starter Josh Lindblom, who won 20 games en route to earning the regular season MVP award and parlayed the strong season to a three-year deal with the Milwaukee Brewers. 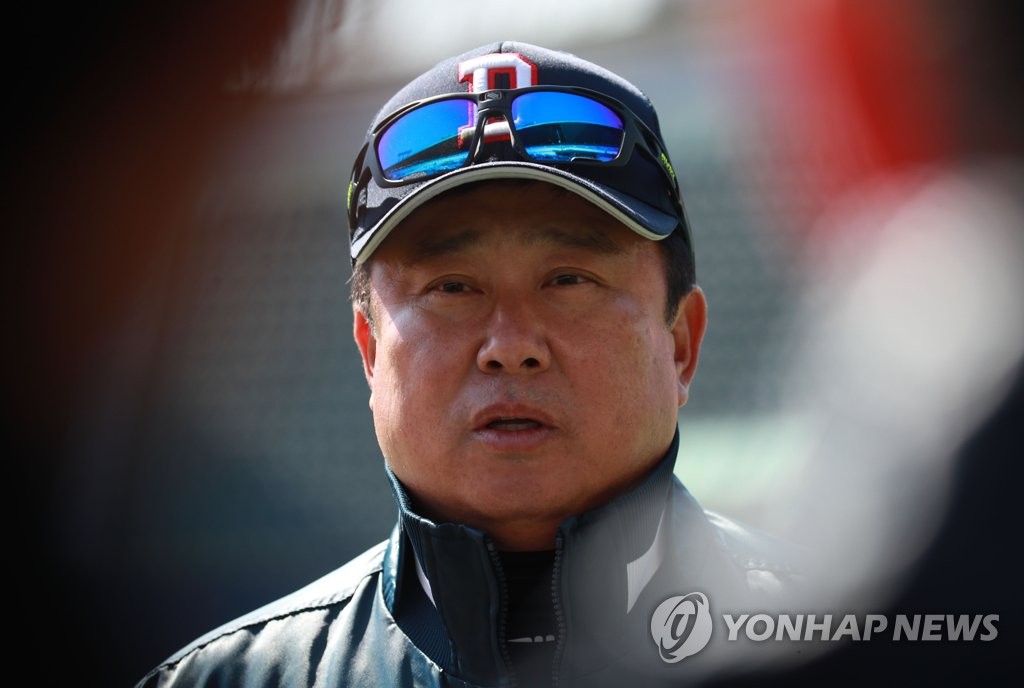 When informed of the power rankings in his pregame presser at Jamsil Stadium in Seoul on Tuesday, Doosan manager Kim Tae-hyoung just smiled and said, "I am sure they did their research."

Losing a 20-game winner from the rotation would hurt most teams. The Bears parted ways with another American starter, Seth Frankoff, who won 27 games combined in 2018 and 2019.

Replacing them are two former major leaguers, Chris Flexen and Raul Alcantara. This is Flexen's first year in the KBO, and Alcantara pitched for another KBO team, the KT Wiz, in 2019, going 11-11 with a 4.01 ERA.

Kim quipped that losing Lindblom may cost his team "about 10 wins" but quickly turned around and said his two new pitchers will be just fine.

"Josh was pitching at another level, and he was the best in this league," Kim said. "I think the two guys that we have now will pitch well for us, as long as they don't miss their turn in the rotation."

ESPN will televise six games per week and will also air postseason games. The second game of the all-Seoul three-game set between the Bears and the LG Twins will be on ESPN at 5:30 a.m. Eastern Standard Time on Wednesday.

Asked how he wanted to appeal to American fans, Kim said succinctly, "Winning is everything."

"We often talk about doing the best we can, but in sports, you have to win," Kim said. "We've done well in recent seasons (with three titles in the past five years), and I think that may have attracted some interest in the U.S."