SEOGWIPO, South Korea, May 5 (Yonhap) -- This week's fire at a large hog farm in Seogwipo on South Korea's southern resort island of Jeju has caused an estimated 1 billion won (US$815,993) worth of damage, including the loss of about 2,350 pigs, fire authorities said Tuesday.

The blaze started at around 8:30 p.m. Monday, promoting the fire service to deploy more than 160 personnel there, the authorities in Seogwipo City said. It was extinguished at 5:11 a.m. Tuesday. No human casualty was reported with the cause of the fire still unknown.

The blaze engulfed the second floor of the two-story farming facility -- one of the two facilities at the piggery that has raised a total of 6,000 pigs. Those killed in the fire were among the 4,000 pigs at the fire-ravaged facility.

Employees of the hog farm reported the fire to the authorities after learning of it through a safety alert system Monday afternoon. 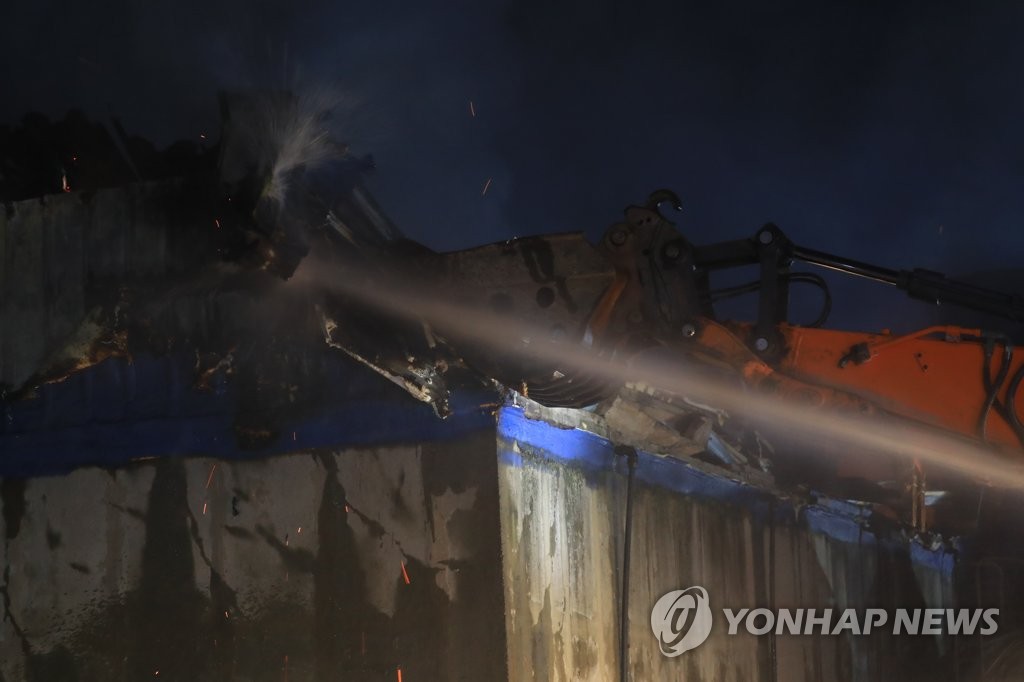