SEOUL, May 5 (Yonhap) -- Journalists from nearly 20 international media outlets flocked to baseball stadiums across South Korea on Tuesday, trying to get a glimpse into the nation emerging from the global coronavirus pandemic, with the Korea Baseball Organization (KBO) launching its 2020 season.

The regular season began across five ballparks Tuesday, the Children's Day national holiday, after the start was pushed back from the original March 28 Opening Day due to the COVID-19 outbreak. 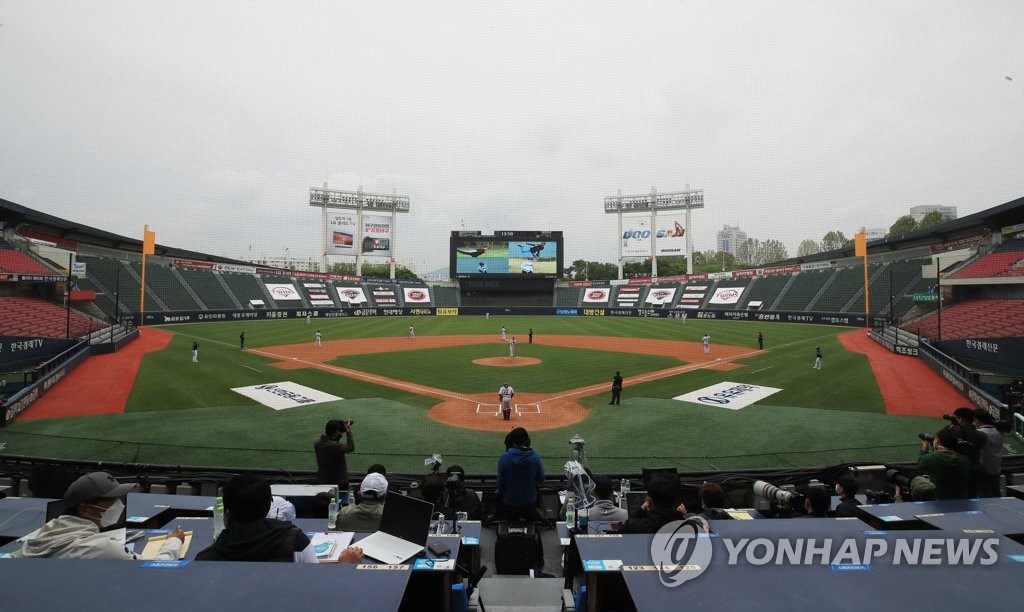 The government has loosened its social distancing guidelines and the beginning of baseball, the most popular sport in the country, is regarded as a clear sign that life is returning to normal, if only so slowly.

All five games opened without fans in the stands, and stadiums will remain closed to the public until further notice.

Victoria Kim, a Seoul correspondent for the Los Angeles Times, visited Jamsil Stadium in Seoul for a game between the LG Twins and the Doosan Bears, curious to see how the season will play out without fans early on.

"I am here to see how you conduct a baseball season in the time of a global pandemic," Kim told Yonhap News Agency. "There's a lot of natural interest in the KBO (among U.S. fans) partly because of a lot of connection between Korea and the U.S., and a lot of former major league players here."

The U.S. sports cable giant ESPN has struck a deal to televise six KBO games per week this season and will also carry playoff games in the fall. Major League Baseball (MLB) hasn't been able to start its season due to the pandemic. 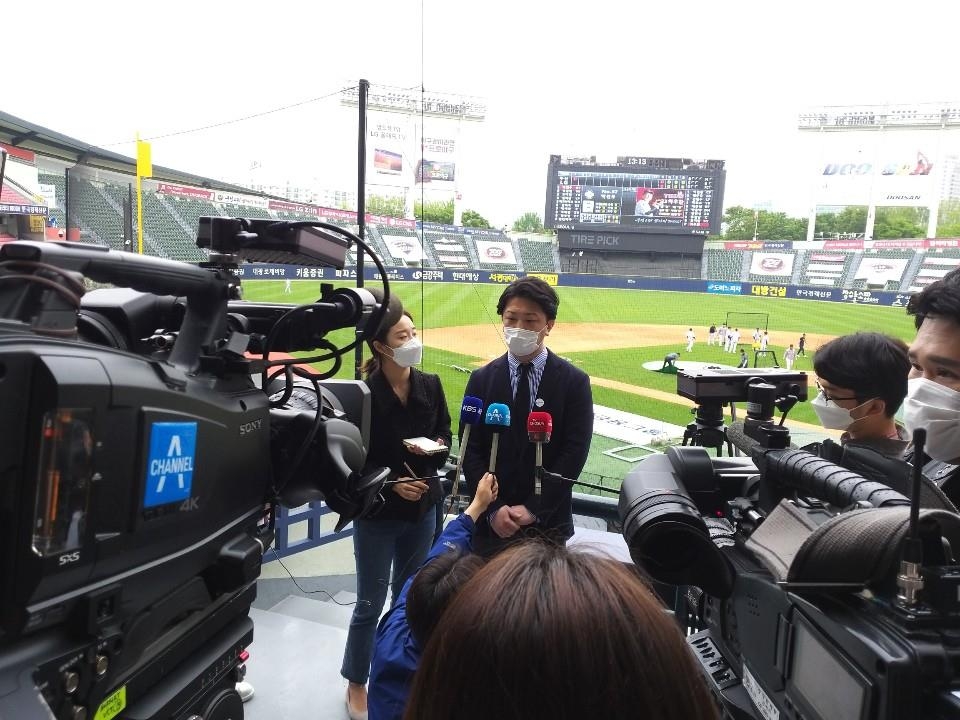 The KBO also has a deal with the Japanese site SPOZONE (www.spozone.jp), which will carry two South Korean games per day and will then gradually increase that number. Japan's top league, Nippon Professional Baseball (NPB), also remains grounded.

Takuro Amagasaki, a correspondent here from Nippon TV, said he was impressed with the tight quarantining measures taken at Jamsil Stadium, despite the fact that there have been no locally transmitted COVID-19 cases the past two days.

"Everyone was getting their temperature checked, and everyone here is wearing masks," Amagasaki said. "With the NPB season on hold, I wanted to see how the season would begin in the KBO. It looks as though the circumstance is right for sports to begin in South Korea."