SEOUL, May 5 (Yonhap) -- The scene was eerily quiet. If you were only trying to pick up some sound without seeing what was happening, you wouldn't have guessed that you were at a baseball game.

Maybe you could still have heard a pin drop, but as LG Twins left-hander Cha Woo-chan was getting ready to deliver his first pitch of the 2020 Korea Baseball Organization (KBO) season Tuesday, the few people that were allowed at Jamsil Stadium in Seoul -- media, team officials and cheerleaders -- were waiting with bated breath. It was straight out of a golf tournament, with fans eagerly anticipating a booming drive that splits the fairway and prompts a "Get in the hole!" chant. 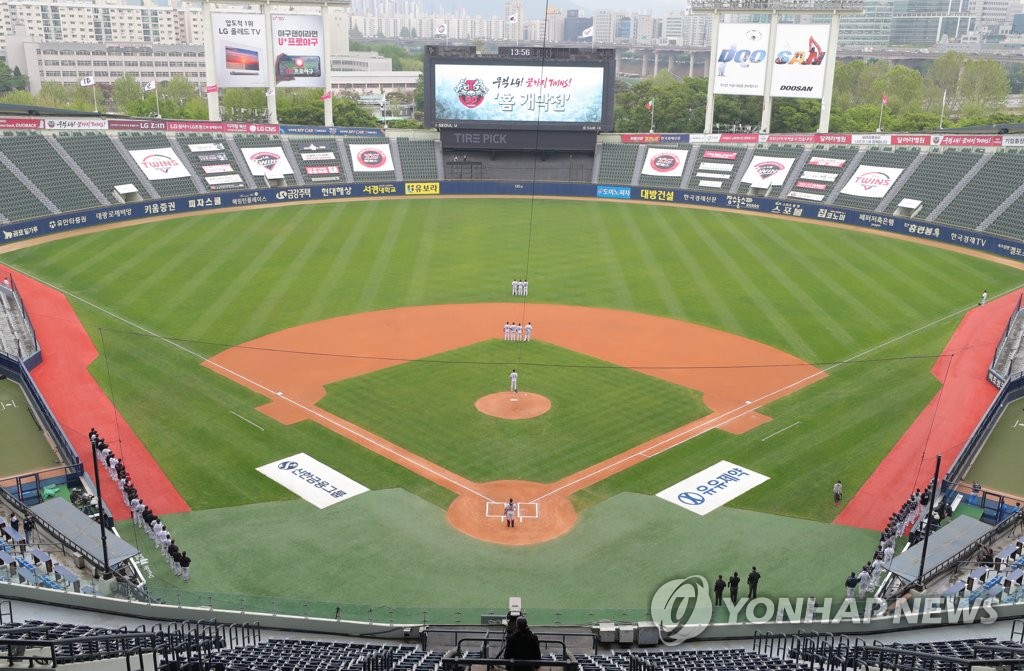 Cha's first pitch against Doosan Bears leadoff man Park Kun-woo missed down and away. And there were no fans to acknowledge that pitch, with cheers or jeers.

LG catcher Yoo Kang-nam quickly rolled the ball toward the dugout, so that it could be preserved as a memento to mark the start of what promises to be the most unusual season in KBO's 38-year history.

With the nation emerging from the coronavirus pandemic, having reported zero locally transmitted cases over the past two days, professional baseball officially returned in South Korea on Tuesday.

All 10 KBO clubs were in action at five stadiums across the nation. Seoul had a light drizzle ahead of the Twins-Bears contest but not enough to cause any delay.

Two of the games had their starts disrupted by inclement weather, including the one between the Samsung Lions and the NC Dinos in Daegu, some 300 kilometers southeast of Seoul. It was also the first game to be televised live by ESPN, the U.S. cable station that announced the rights deal on the eve of Opening Day.

The game in Seoul and another in Incheon, just west of the capital city, between the SK Wyverns and the Hanwha Eagles, were also covered by nearly 20 foreign media outlets. 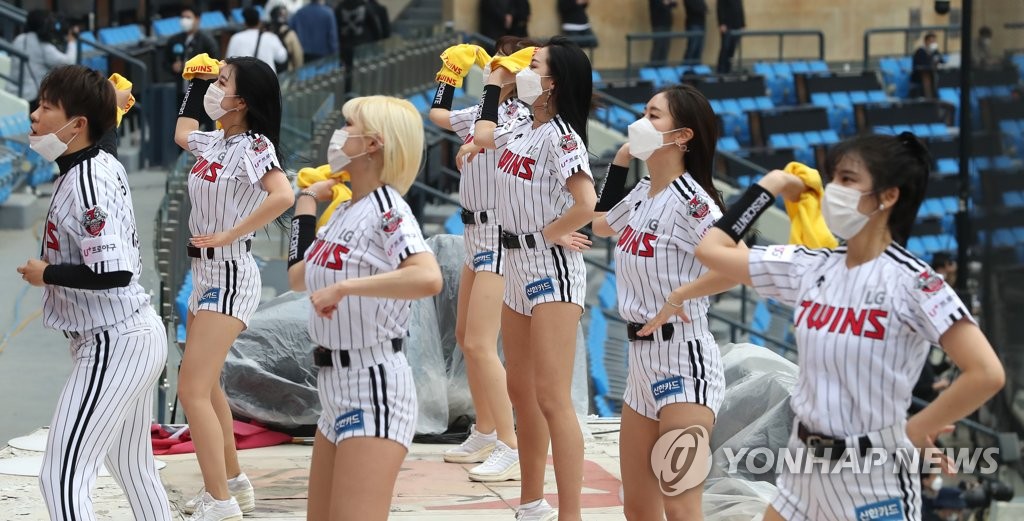 Those two and the rest of the games were played without fans. Due to lingering COVID-19 concerns, the early part of the season will remain closed to the public. Even when teams do start allowing fans into their parks, it will only be done so gradually. For instance, teams will first start selling 20 percent of the seats and then go from there depending on the situation with the virus.

The Twins and the Wyverns, though, decided to bring their cheerleaders back on to the stage, trying to create a game-like atmosphere the best they could. At Jamsil, the Twins cheering squad blasted walkup songs for every LG batter and made sure Cha also got some love by chanting his name after strikeouts.

In between innings, cheerleaders performed to K-pop music or team songs on the stage, with the mascots also getting in on the act. And before the top of the fifth, the scoreboard in center played a video clip of a full Jamsil Stadium from the last season, with more than 20,000 fans erupting in cheers for the Twins.

The constant, "from first pitch to the final out" cheering from boisterous fans is a major part of KBO in-stadium experience. That was one major element missing Tuesday. 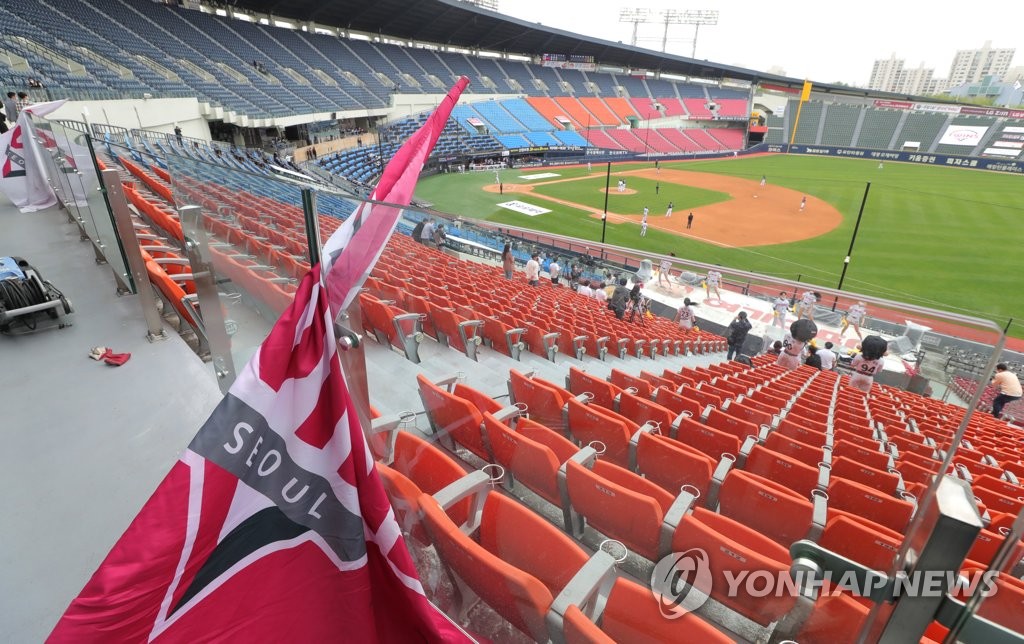 But virtually everything else that makes up a typical baseball game was there, from home runs to diving grabs, from a double to left-center gap to a 5-4-3 double play, and from a bat drop to a swing that went unchecked on a breaking ball in the dirt.

By the start of the bottom sixth in Seoul, the sun started to poke through the dark clouds. The symbolism was impossible to miss.

After months of struggling to contain the virus, life is returning to normal in South Korea. There really was light at the end of the tunnel. The sun is shining again.

Baseball back in S. Korea as nation emerges from coronavirus pandemic

Baseball back in S. Korea as nation emerges from coronavirus pandemic