SEOUL, May 5 (Yonhap) -- A South Korean baseball game was interrupted by a fire that broke out near a stadium in the southern part of the country on Tuesday.

The Korea Baseball Organization (KBO) season opening game between the Kia Tigers and the Kiwoom Heroes was halted during the bottom of the fourth inning, when black smoke from a fire near Gwangju-Kia Champions Field in Gwangju reached the ballpark.

When it became too difficult to see, home plate umpire Jeon Il-soo suspended the game, with the Heroes ahead 4-0 with one out in the bottom fourth.

The play was halted for 19 minutes before it resumed. The disruption clearly did not affect the Heroes, who put up a four-spot in the top fifth to jump out to an 8-0 lead. 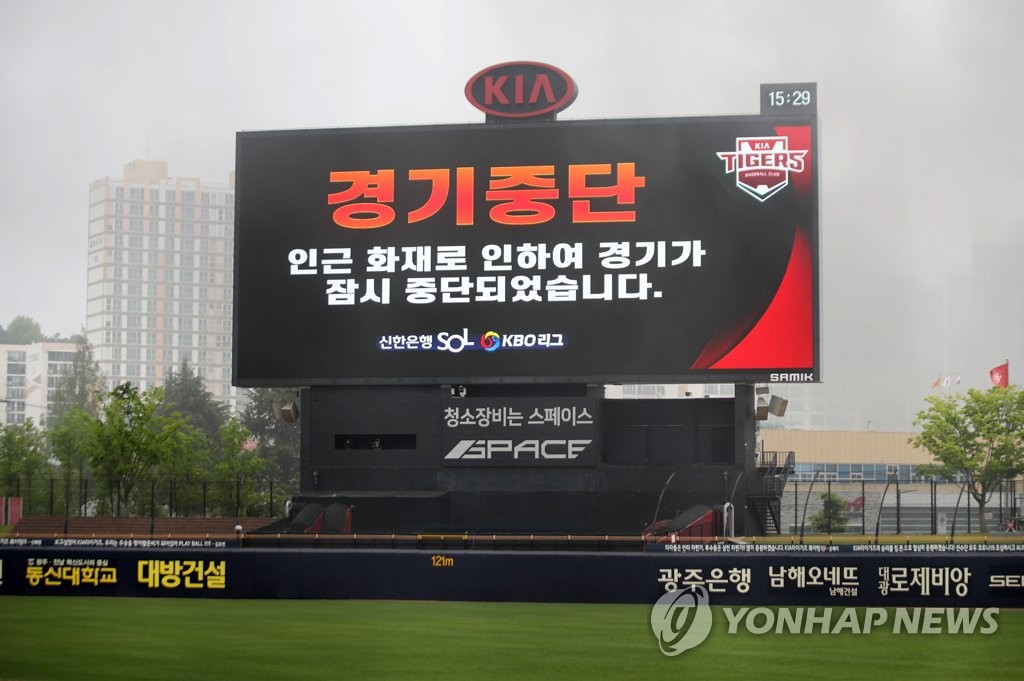