SEOUL, May 5 (Yonhap) -- Veteran left-hander Cha Woo-chan received the Opening Day nod for the LG Twins almost by default. With all due respect to the crafty lefty, Cha is not the best starter on the staff for his Korea Baseball Organization (KBO) club. He is not even their second best pitcher.

Two American starters, Tyler Wilson and Casey Kelly, usually occupy the top two spots in the rotation. But the coronavirus pandemic threw the Twins' plan to have either one of them open the season out of whack. 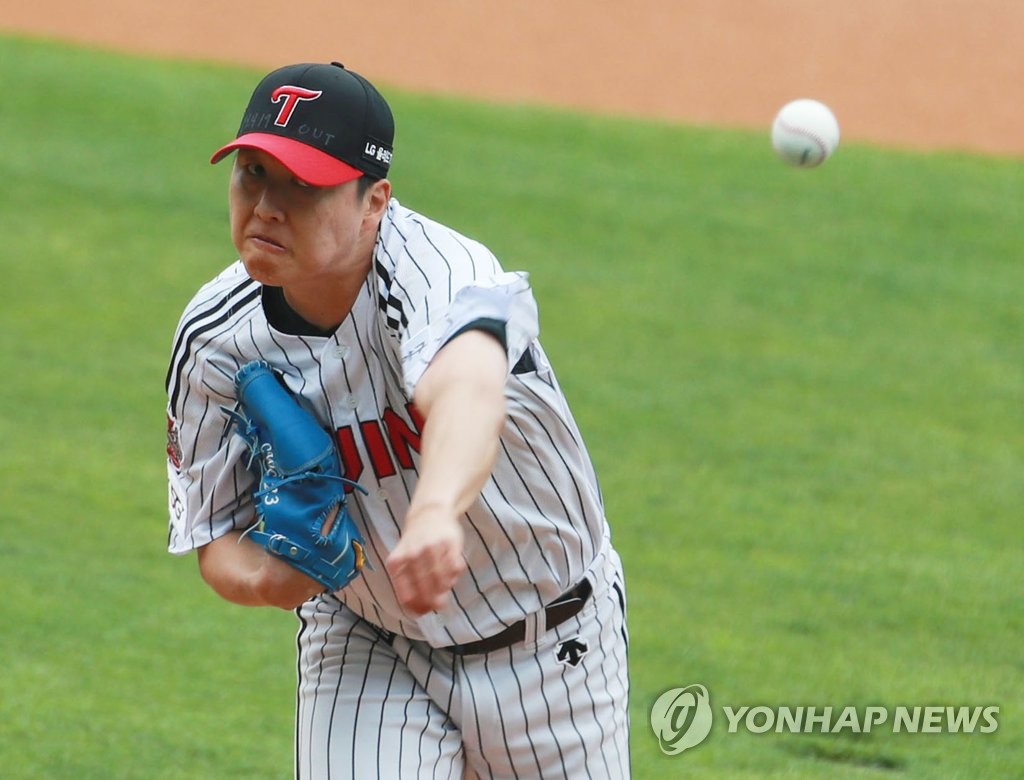 After spring training ended in early March, Wilson and Kelly went home to be with their families while the coronavirus was raging in South Korea. When they returned, they were ordered into 14-day quarantine, mandated by the South Korean government on all international arrivals. The two right-handers have been trying to regain their form after the forced layoff, but were not quite ready to begin the regular season against the Doosan Bears on Tuesday.

Enter Cha, a 32-year-old with three previous Opening Day assignments for the Samsung Lions. This was his first Opening Day start as a Twin.

And Cha picked up his first career Opening Day win at Jamsil Stadium in Seoul, throwing six solid innings of one-run ball to help the Twins to an 8-2 victory. He held the Bears to three hits and struck out seven.

"I had plenty of time to prepare for this start, and I wasn't nervous at all because I'd done this before," Cha said. "I didn't throw as hard as I would have liked, but I didn't mind that so much because I was really pleased with the command of my breaking balls."

Cha's fastball topped out at 141 kilometers per hour (87.6 miles per hour), but he mixed that with curve, slider and forkball. Cha's only mistake came on a hanging curveball in the top of the fourth inning against Doosan cleanup Kim Jae-hwan, who crushed it deep into right-center field.

"It wasn't a bad pitch, and I think Jae-hwan just hit it well," Cha said. "I knew left-handed hitters were looking for curveballs at certain counts. So after two strikes, I tried to keep them off balance with fastballs and sliders." 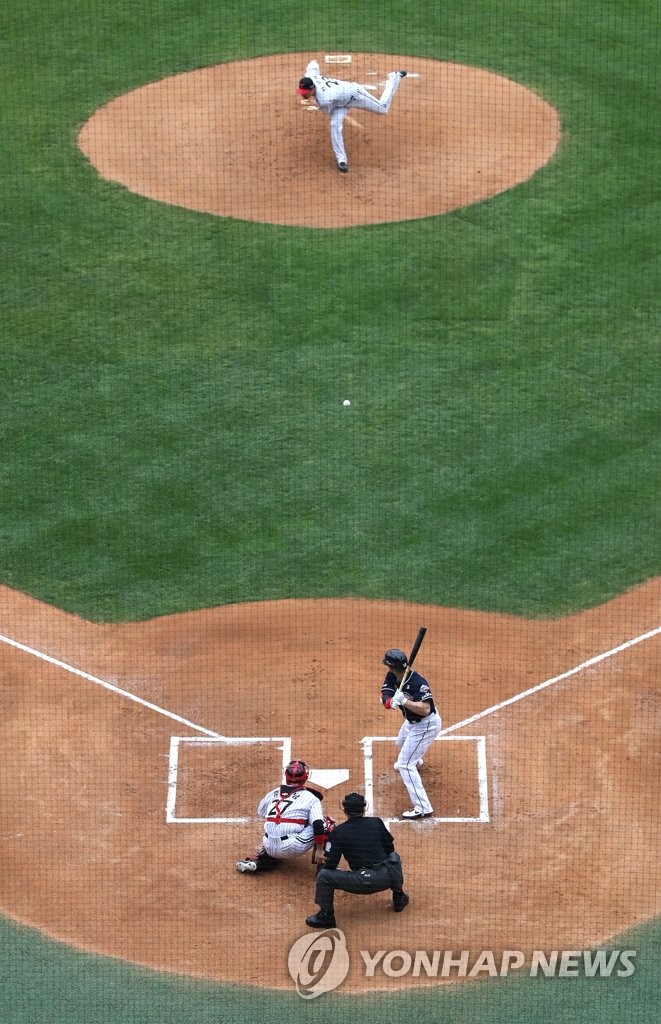 This victory was the Twins' first over the Bears, the two Jamsil Stadium co-tenants, on an Opening Day since 1989. They still trail the Bears in the Opening Day head-to-head meetings at 2-8.

Cha said he knew about the Twins' recent history of poor showings against the Bears, but he was trying not to do too much.

"I just wanted to keep the damage to a minimum," he said. "I had the help of defense behind me, and my catcher (Yoo) Kang-nam called a great game."