SEOUL, May 5 (Yonhap) -- A 5-year-old South Korean girl with leukemia returned home Tuesday from India via Japan after a long journey coordinated by South Korea and Japan.

The Korean Air Lines plane carrying the daughter of a South Korean in India touched down at Incheon International Airport, west of Seoul, at 7:30 p.m.

The girl arrived in Haneda Airport in Tokyo earlier in the day on a Japan Airlines special flight from India and later moved to Narita International Airport in the Japanese capital for the trip to South Korea. 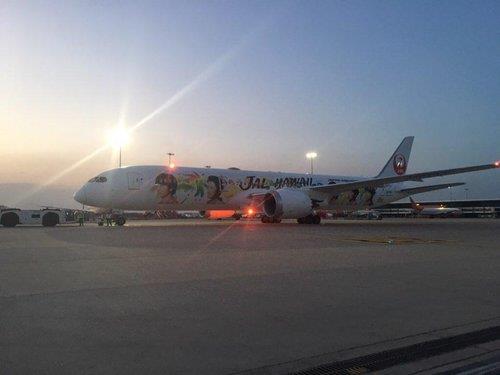 The girl's parents wanted to bring their daughter back to South Korea for treatment due to her worsening condition.

The trip was arranged in cooperation between the South Korean Embassy and the Japanese Embassy in India, as there is no direct flight between India and South Korea due to the coronavirus pandemic.

The Japanese government also provided assistance to ensure the girl could stay several hours in Japan before leaving for South Korea.