WASHINGTON, May 5 (Yonhap) -- North Korea appears to be nearing completion of a ballistic missile facility with the capacity to test-fire intercontinental ballistic missiles, an expert with a U.S. think tank said Tuesday.

The Sil-li Ballistic Missile Support Facility, which was "previously undisclosed," is approximately 17 kilometers northwest of Pyongyang and close to Pyongyang International Airport, Joseph Bermudez wrote in a report for the Center for Strategic and International Studies. His conclusions are based on satellite imagery. 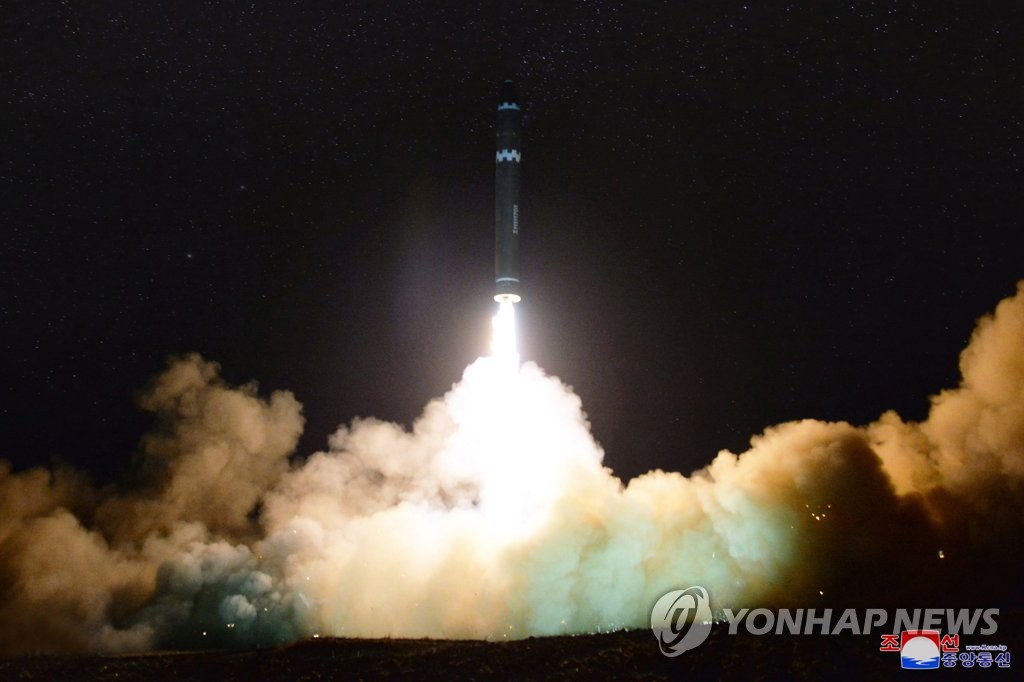 According to Bermudez, construction on the facility began in mid-2016. It is next to an underground facility that is likely large enough to fit all known North Korean ballistic missiles, their associated launchers and support vehicles.

The facility's unique characteristic include interconnected buildings designed for drive-through access, its relatively close location to ballistic missile component manufacturing plants in the Pyongyang area, and a raised center section, or high-bay, on the largest building.

"Significantly, the building has a 37-meter-by-30-meter elevated center section (i.e., a high-bay) that is high enough to allow for a Hwasong-14 or Hwasong-15 intercontinental ballistic missiles (ICBM) on a TEL to be easily elevated into the firing position to allow for testing of both, as well as the training of maintenance and ground crews," the report says, referring to transporter-erector-launchers.

"As such, it is another component of the North Korean ballistic missile infrastructure that has been undergoing both modernization and expansion during the past 10 years," he said.

Bermudez predicted that at the current pace of construction the facility may be complete and ready for operations sometime during late 2020 or early 2021.