WASHINGTON, May 5 (Yonhap) -- The United States expects South Korea to be flexible in their defense cost-sharing negotiations, a U.S. official said Tuesday, amid a prolonged impasse in talks.

The comment by Marc Knapper, deputy assistant secretary of state for Korea and Japan, suggests Washington continues to seek significant increases in Seoul's contributions to the cost of stationing 28,500 American troops on the peninsula.

"Our leaders have spoken recently, and we'll continue to look for ways to sit down and talk," he said during a virtual seminar hosted by the Center for Strategic and International Studies, noting that the coronavirus pandemic has made it difficult for negotiators to meet face to face.

"Suffice to say that I think we believe our side has been very flexible up until now," he added. "And we're looking for some flexibility on the part of the Korean side too."

South Korea reportedly offered a 13 percent increase on the US$870 million it agreed to pay under last year's Special Measures Agreement, which lapsed at the end of December.

Without citing any figures, U.S. President Donald Trump told reporters last month that he rejected South Korea's proposal because he felt it was not enough. 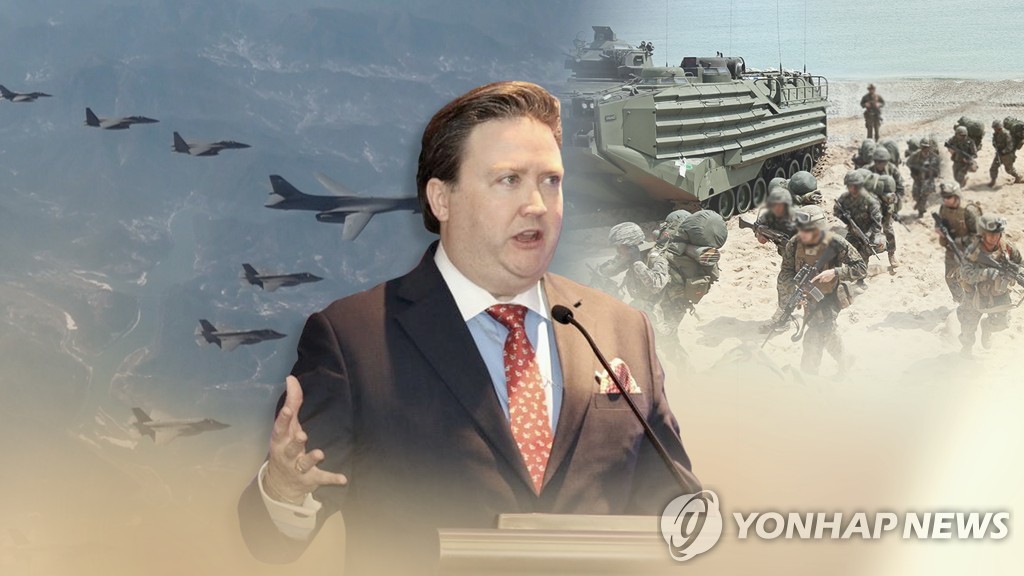