SEOUL, May 6 (Yonhap) -- Not that anyone was counting, but it had been 705 days since Jeong Keun-woo last made a regular season start at second base in the Korea Baseball Organization (KBO).

The drought, or the streak depending on your perspective, ended Tuesday for Jeong, who returned to the familiar place on the diamond for the LG Twins on Opening Day against the Doosan Bears at Jamsil Stadium in Seoul. The 37-year-old signed with the Twins in the offseason after an up-and-down, six-year run with the Hanwha Eagles. The stint included an unceremonious move to center field and first base for the former All-Star second baseman. His last start at second base had come on May 31, 2018. 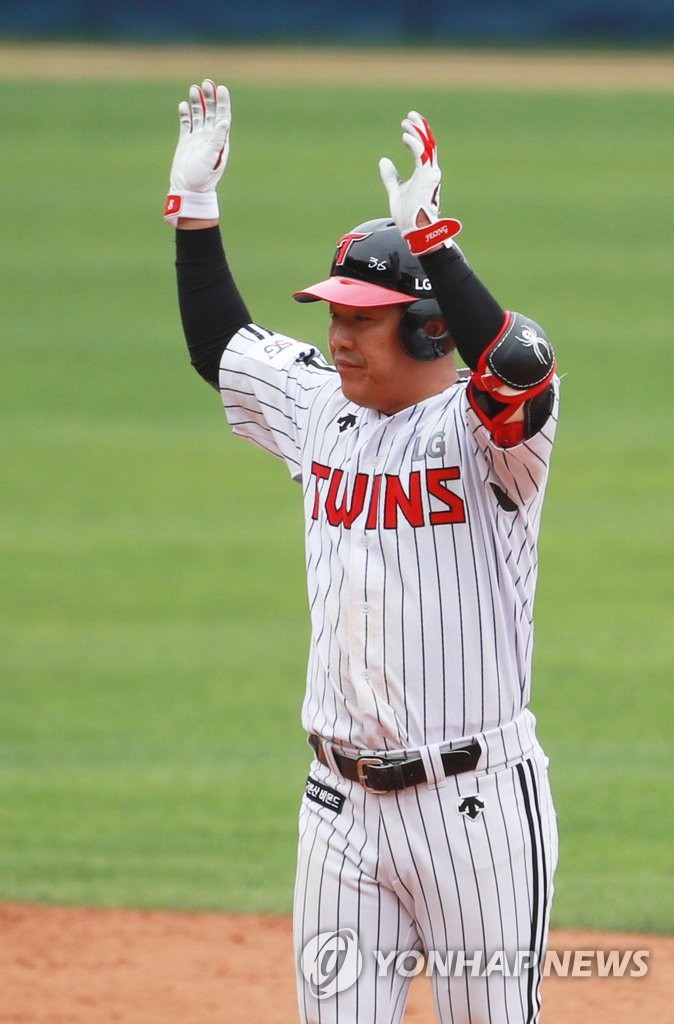 Jeong made the most of his return to second base Tuesday, making an impressive diving catch in the top of the third. Jeong lunged to his right to snare a hard one-hopper off the bat of Park Kun-woo and got back to his feet quickly to throw out the runner.

Jeong smiled like a kid who walked into the candy store after already finishing off a bag of chocolate chip cookies. LG starter Cha Woo-chan bowed in appreciation, and first baseman Roberto Ramos, who handled Jeong's low throw with ease, also slapped his mitt to celebrate the highlight reel play.

"I was nervous because it'd been such a long time since I last played second base in the regular season," Jeong said after the game. "At least I got a few reps there during the preseason. And that diving grab settled me down quite a bit."

Jeong also made an impact at the plate in the bottom half of that inning.

With one out, Lee Chun-woong hit a single to right but was caught stealing second with Jeong at the plate. Now with two outs and down to his final strike as the Twins were nursing a 1-0 lead, Jeong kept the inning alive by lining a double to the left-center gap.

That double was Jeong's only hit of the game, but he continued to make his presence felt on defense. In the top of the fourth inning, Jeong caught a line drive and then doubled off Jose Miguel Fernandez at first to snuff out a potential rally. In the seventh, with the Bears trying to mount a late comeback with men at first and second, Jeong was in the middle of a 6-4-3 twin killing.

The former All-Star and the national team mainstay has spent the bulk of his 16 seasons at second base. From 2006 to 2013 with the SK Wyverns, Jeong was a superb defender, perhaps the best in the league, and also stole 265 bases, including a career-high 53 in 2009. At the plate, he packed some gap power into his 172-centimeter (5-foot-8) frame.

The decline began almost as soon as he signed a big free agent deal with the Eagles prior to his age-32 season in 2014. By advanced fielding numbers, Jeong quickly went from elite to average, and never recovered. And controversially, Hanwha manager Han Yong-duk put Jeong at first base in 2018 to make room for younger prospects at second base. Jeong got 33 starts there that season and 24 more last year. The move didn't sit well with Eagles fans, but Jeong soldiered on.

He was by far the shortest first baseman in the league in those two seasons. It's a position typically occupied by big and tall players whose fielding skills may be limited but who make themselves a big target for infielders. 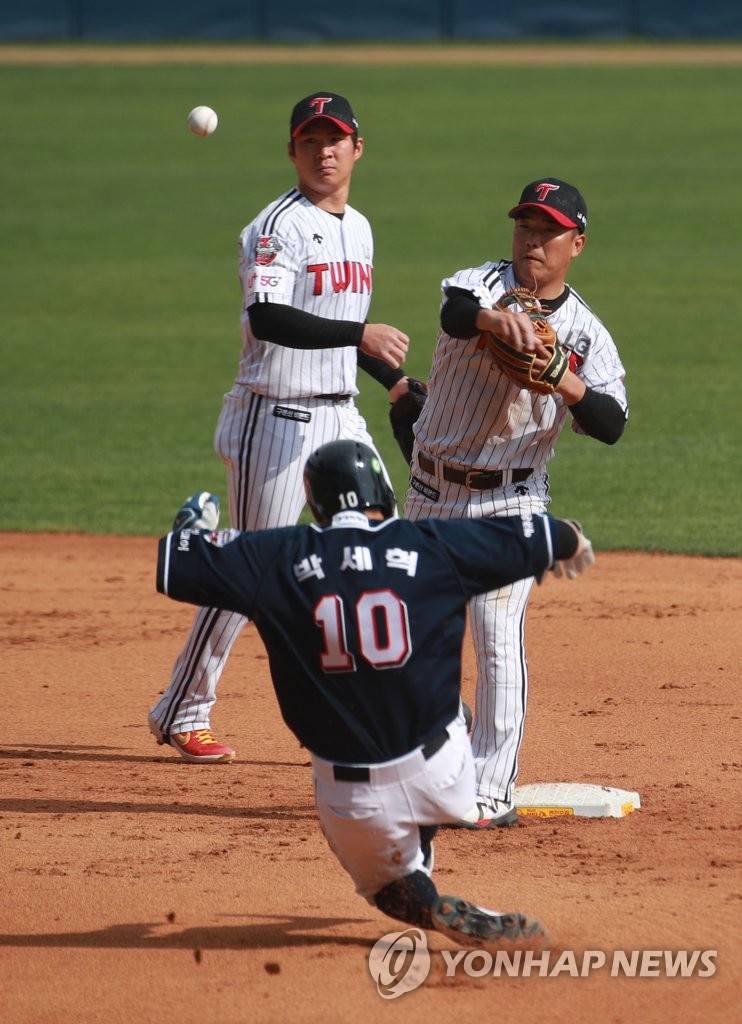 Last year, Song Kwang-min, listed at 182 centimeters, was the regular third baseman for the Eagles. When a third baseman is that much taller than his first baseman, the margin for error when it comes to throws across the diamond is, well, small.

"Height Doesn't Measure Heart," or HDMH, is the trademarked personal catchphrase for New York Mets right-hander Marcus Stroman, who, at 5 foot, 8 inches tall, is one of the shortest players in the majors. Stroman plays with a huge chip on his shoulder and has shrewdly turned slights into business opportunities.

Jeong, on the other hand, doesn't exude the brooding, "me against the world" attitude. In the way he smiles sheepishly after turning a tough double play or the way he interacts with younger teammates, there's still a bit of childlike joy in him.