The unification ministry said Kim's visit was not related to the recent gunfire and was aimed at assessing preparations for the planned resumption of tours to the truce village, which have been suspended since the outbreak of African swine fever last year.

On early Sunday, four bullets from the North hit the South's guard post in the central part of the DMZ in Cherwon, prompting South Korean troops to respond by firing back and issuing broadcast warnings, according to the Joint Chiefs of Staff.

South Korea has lodged a protest over the incident and demanded an explanation from the North, but Pyongyang has yet to respond to the call. The South Korean military earlier said the firings do not appear to have been intentional.

Kim's trip also included a visit to the former site of a guard post in the border town of Paju, which was demolished in accordance with an inter-Korean military accord signed in September 2018. It is part of a hiking trail run by the government, which has also remained closed since the animal disease outbreak.

"The guard post the minister is visiting is located far away from (where the incident took place) and the visit was planned in advance," ministry spokesperson Yoh Sang-key told a regular press briefing earlier on the day.

The government will soon decide when to resume the tour program following the minister's trip, Yoh said.

The U.S.-led United Nations Command said on its Facebook account it is working closely with the South Korean government and that it will "update the public on any areas in the #DMZ where the ROK government lifts its #ASF containment restrictions."

ROK stands for the South's official name, the Republic of Korea. 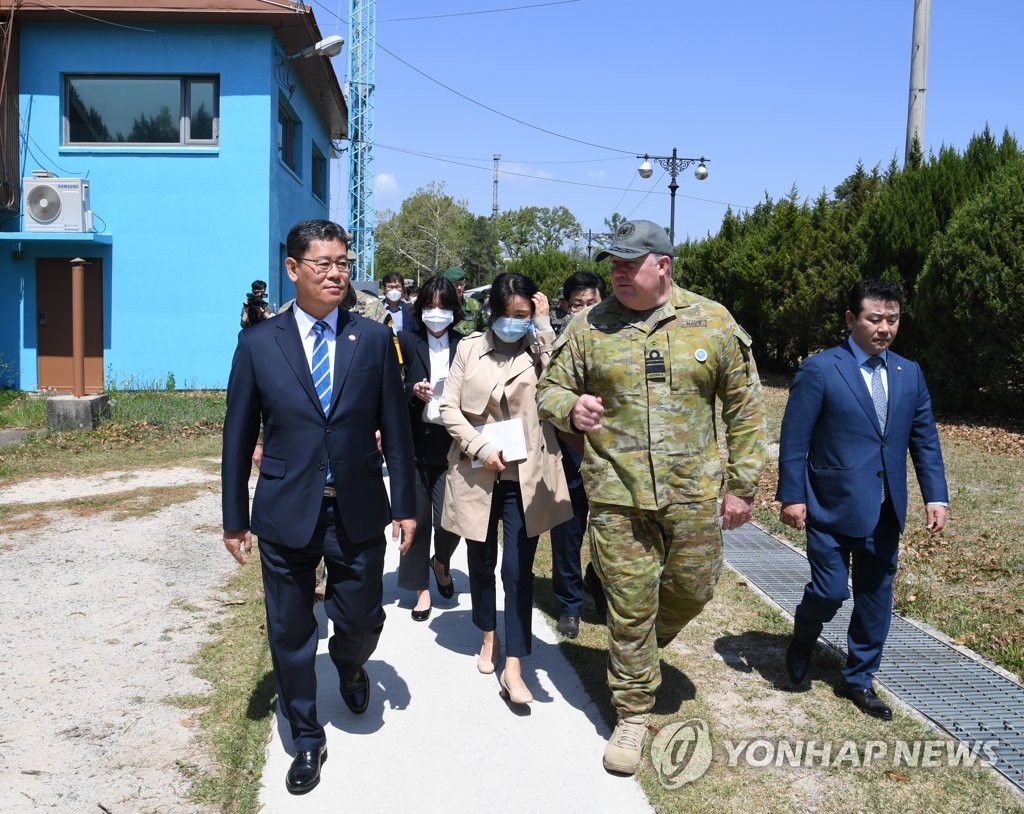