SEOUL, May 6 (Yonhap) -- South Korean immigration authorities have arrested a migration broker who allegedly faked corporate invitations to smuggle dozens of Pakistanis into the country.

The Seoul office of the Korea Immigration Service said Wednesday it has referred the 57-year-old agent, surnamed Choi, to the prosecution on charges of violating the immigration act and forging private documents.

Choi is suspected of arranging the illegal entry of 37 Pakistani people between November 2018 and September 2019 using stolen information from 14 domestic companies and counterfeiting their invitations needed to get a C-3 visa for a short-term visit.

The immigration office has deported five of the illegal immigrants and has notified the Ministry of Justice of 28 who were found to have applied for refugee status.

Choi's assistant in the crime was also referred to the prosecution on the same charges without detention. 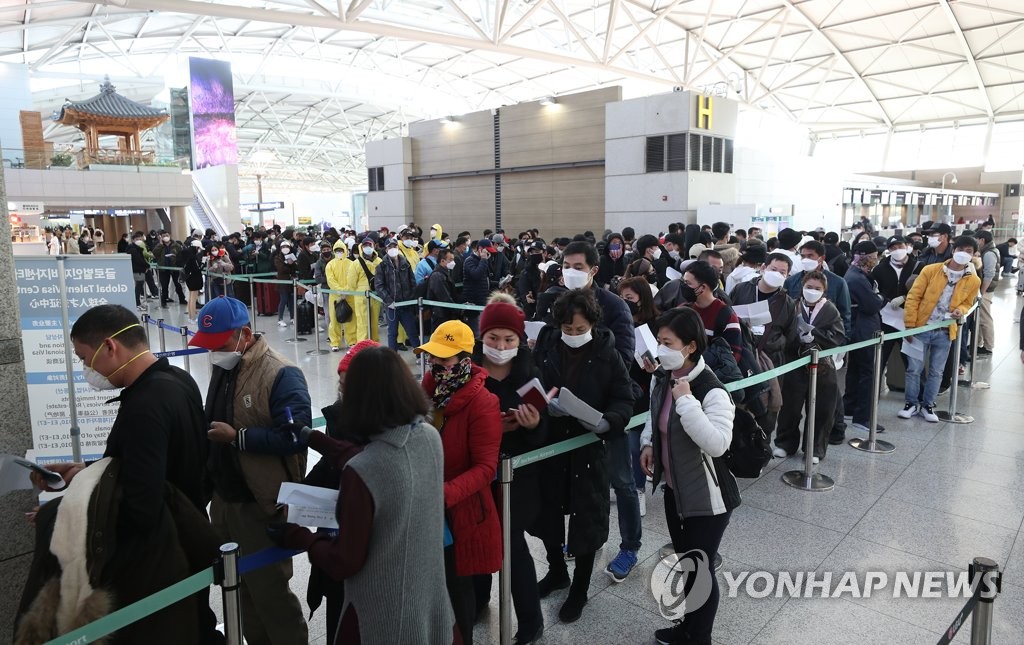