SEOUL, May 6 (Yonhap) -- The South Korean baseball league has hit a home run with its television and online ratings on the first day of the new season.

The Korea Baseball Organization (KBO) announced Wednesday that the five Opening Day games from the previous day had an average rating of 1.47 percent on terrestrial and cable networks, up from 1.39 percent from last year's Opening Day. 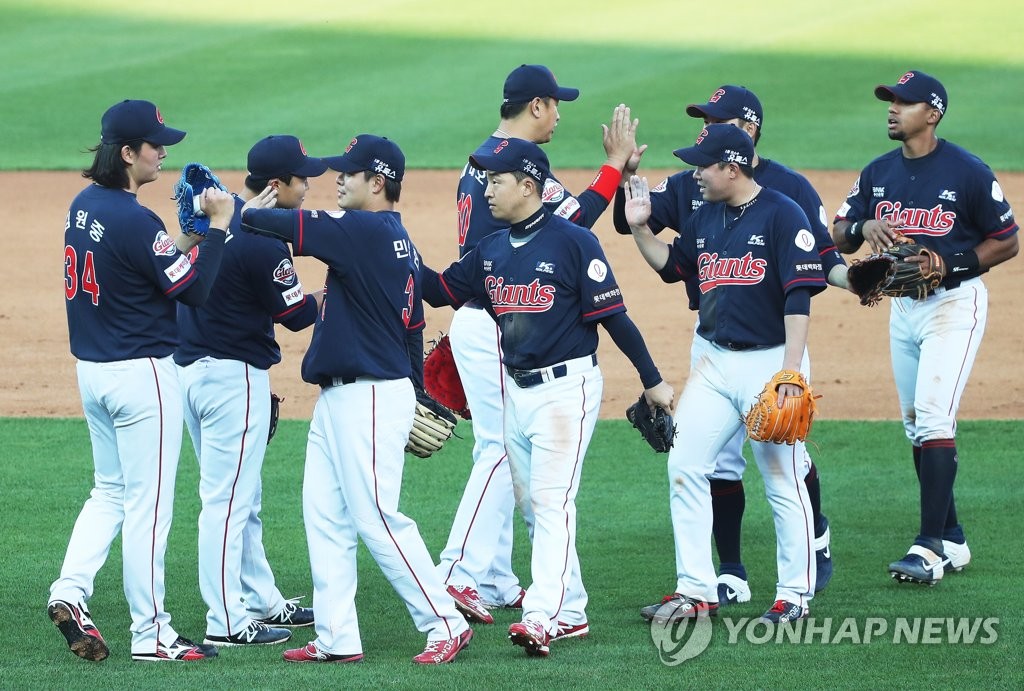 The 2020 season began belatedly Tuesday, after the original, March 28 start date was pushed back due to the coronavirus outbreak. With the pro volleyball and basketball seasons canceled prematurely in March and the football season not kicking off until Friday, the KBO was the only game in the country Tuesday.

And with no fans allowed at stadiums yet, baseball enthusiasts tuned into watch in bigger numbers than last year.

According to the KBO, an average of 1.5 million people streamed five Opening Day games online on Naver, a major web portal that has new media rights to KBO games. The league said a little over 340,000 people watched 2019 Opening Day games on Naver and only about 164,000 did so on last year's Children's Day.

Buoyed by the steady decline in new COVID-19 cases and zero local infections in recent days, the KBO is considering allowing fans back into games in the near future.

But the teams will take gradual steps: They'll start selling only a small portion of the seats at first and then increase that number as the season goes on. 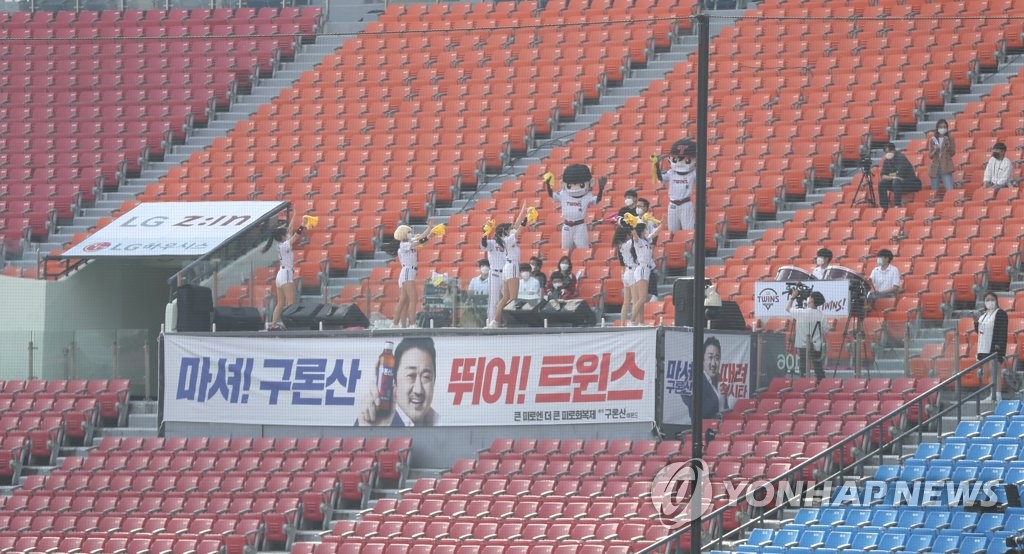