SEOUL, May 6 (Yonhap) -- The South Korean baseball club Lotte Giants announced Wednesday their American pitcher Adrian Sampson will return to the team's home city this week after spending time with his ailing father.

The Korea Baseball Organization (KBO) team said Sampson is scheduled to arrive back in Busan, 450 kilometers southeast of Seoul, on Thursday.

Sampson had flown back to Seattle on April 28 to be with his father.

In accordance with the government mandate on all foreign arrivals during the coronavirus pandemic, Sampson will be tested for COVID-19 and will be quarantined for 14 days. If he tests negative and doesn't show any symptoms during his quarantine, he will then be allowed to rejoin the Giants.

The Giants acquired Sampson, a 28-year-old former big league pitcher, over the offseason in hopes of bolstering a staff that posted the league's worst ERA (4.83) in 2019.

Sampson and Dan Straily are the two new foreign pitchers for the Giants this year. Straily started the Opening Day game against the KT Wiz on Tuesday and got a no-decision after giving up two earned runs in 5 2/3 innings in a 7-2 victory. 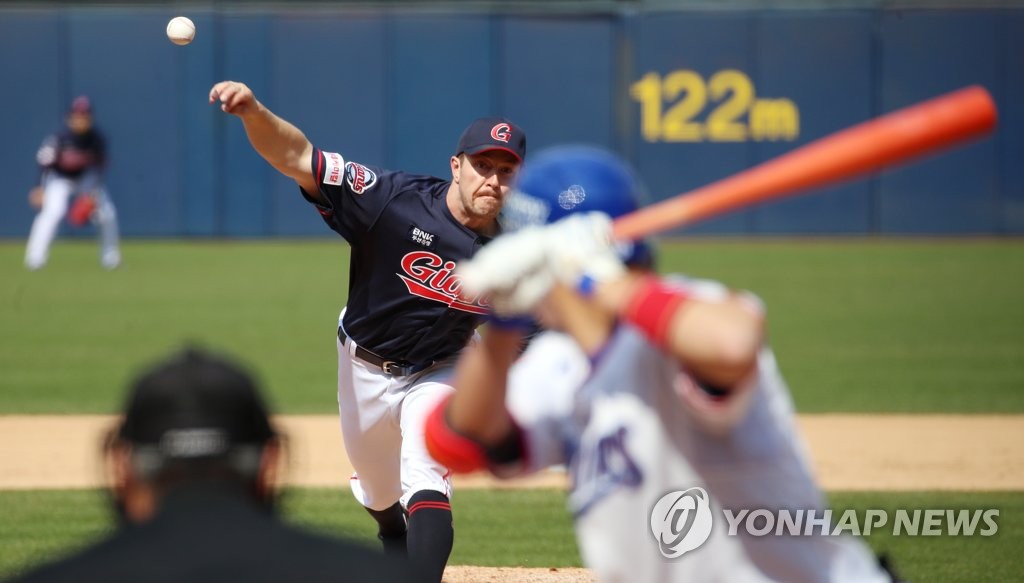