SEOUL, May 6 (Yonhap) -- For athletes going through an extended rehab from an injury, the mental grind can be just as tough, if not more so, than the physical challenge of it.

After blowing out his knee in just the fifth game of the 2019 Korea Baseball Organization (KBO) season, Hanwha Eagles shortstop Ha Ju-suk needed about a month after surgery just to get back on his feet. He missed the rest of the 2019 season. 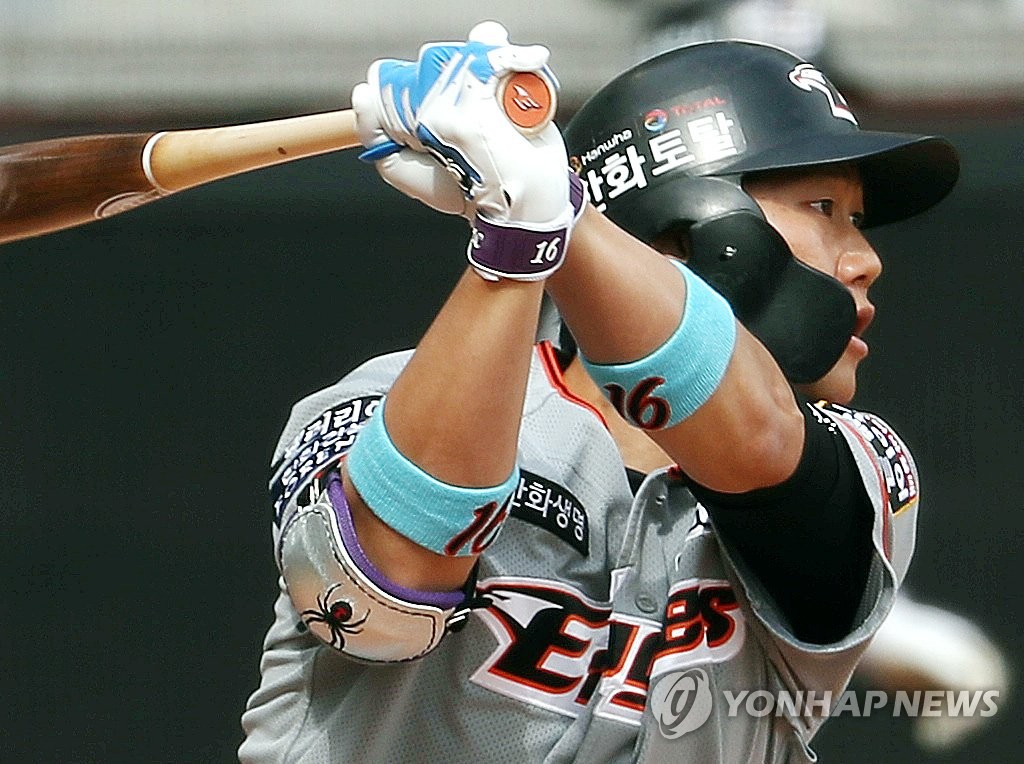 The pain was one thing as he had to learn to walk again. And Ha was plagued by constant worries that he might never be the same, agile defender that he had been pre-surgery.

But the 26-year-old emerged from his grueling rehab a changed man, literally and figuratively.

After helping his Eagles to a 3-0 Opening Day victory over the SK Wyverns on Tuesday, Ha said he has dropped 7 kilograms during his rehab, so as to lessen the stress on his surgically repaired knee.

"I think it was important for me to come back lighter," said Ha, who delivered a two-out, two-run single in the top of the seventh to push the Eagles' lead to 3-0 at SK Happy Dream Park in Incheon, just west of Seoul.

"I've been waiting for a moment like this for a long time," he said of the key hit off SK starter Nick Kingham. "I think I've learned so much about myself during that time. I had a great support system, and I wanted to play well in the first game for everyone who helped me during my rehab."

Ha crumpled to the ground after making a jumping throw and landing awkwardly in a game on March 28, 2019. The image of the shortstop on the ground, writhing in pain, came to epitomize the kind of season the Eagles had. They ended an 11-year postseason drought in 2018 but were left on the outside looking in again in 2019, as they finished in ninth place among 10 clubs. 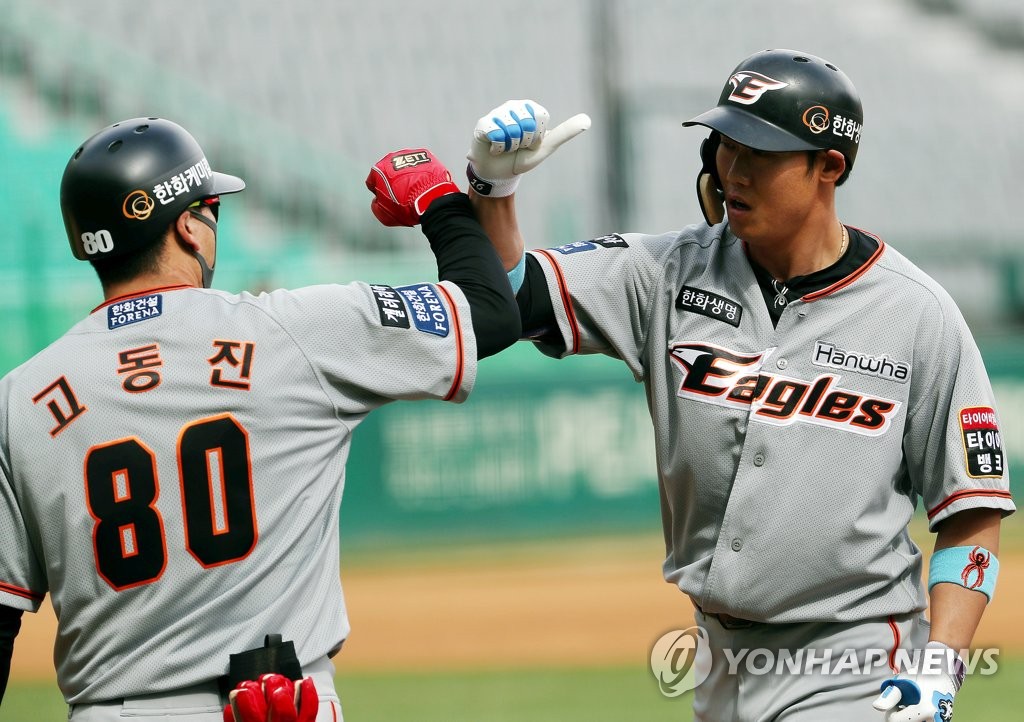 "I felt terrible about not being there with the guys when the team was struggling," Ha said, looking back. "And I was really motivated to come back strong and healthy. I wanted to prepare myself for a full season."

Ha admitted to feeling some trepidation before taking the field for the first time in spring training. But he has since become a lot more comfortable.

"Physically, I think my knee is almost 100 percent," he said. "I don't feel that much different from previous years,"

Ha only lasted five games in that number, and he went back to the familiar No. 16 for 2020.

"I got hurt wearing No. 1, so I decided to go back to the old number," the superstitious Ha explained. "It's been a tough road back for me, and I want to make it all worthwhile."