SEOUL, May 6 (Yonhap) -- South Korean stocks advanced by more than 1 percent Wednesday as investors bet on the reopening of businesses around the globe after coronavirus lockdowns. The Korean won sharply rose against the U.S. dollar.

Trading volume was high at 1 billion shares worth 8.4 trillion won (US$6.7 billion), with gainers far outpacing losers 695 to 146.

The index stayed above the flatline throughout the session on the back of optimism over the gradual reopening of the global economy after countries started to ease coronavirus lockdowns, coupled with a rebound in oil prices. 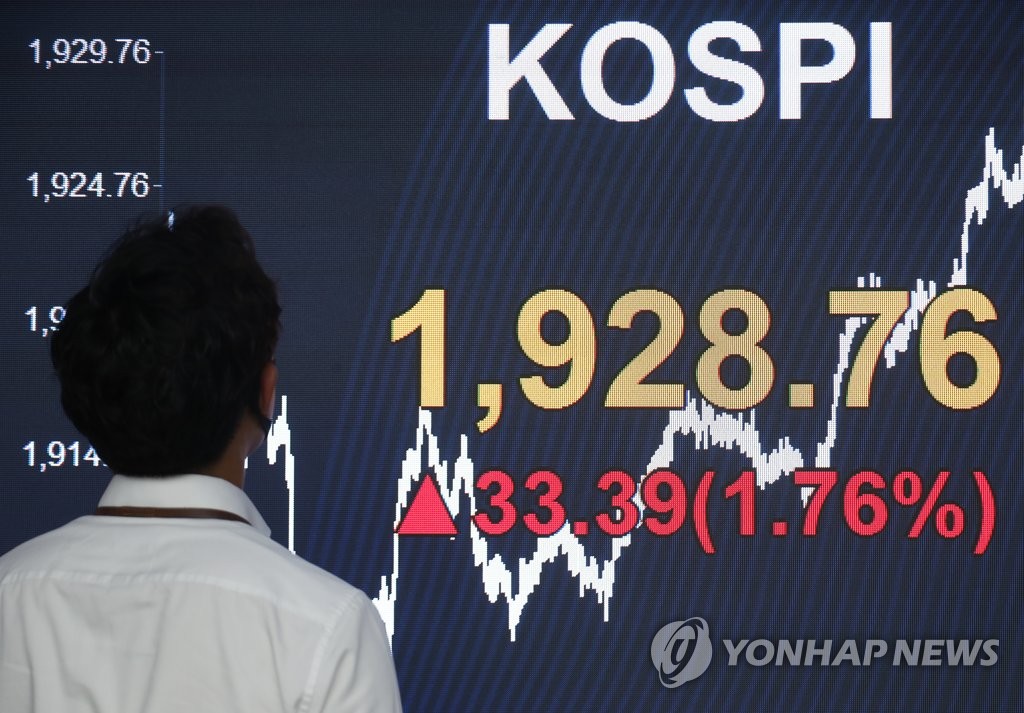 "With countries continuing their efforts to develop COVID-19 vaccines and drugs, the market responded positively as the reopening of the economy in each country could pick up pace and ease concerns of recession," said Seo Sang-young, an analyst at Kiwoom Securities.

Individual investors bought a net 1 billion won worth of stocks, while institutions scooped up a net 307 billion won. Foreigners offloaded a net 314 billion won on the Seoul bourse.

The South Korean won closed at 1,222.10 won against the U.S. dollar, up 7 won from the previous session.

Bond prices, which move inversely to yields, closed mixed. The yield on three-year Treasurys fell 1.5 basis points to 0.960 percent, but the return on the benchmark five-year government bond rose 0.9 basis point to 1.224 percent.