The country's FX reserves came to US$403.98 billion as of the end of last month, according to the data from the Bank of Korea (BOK).

The reading marks a $3.77 billion surge from a month earlier and the world's ninth largest in FX reserves.

The on-month gain follows a $8.96 billion plunge in March that marked the sharpest decline since November 2008. 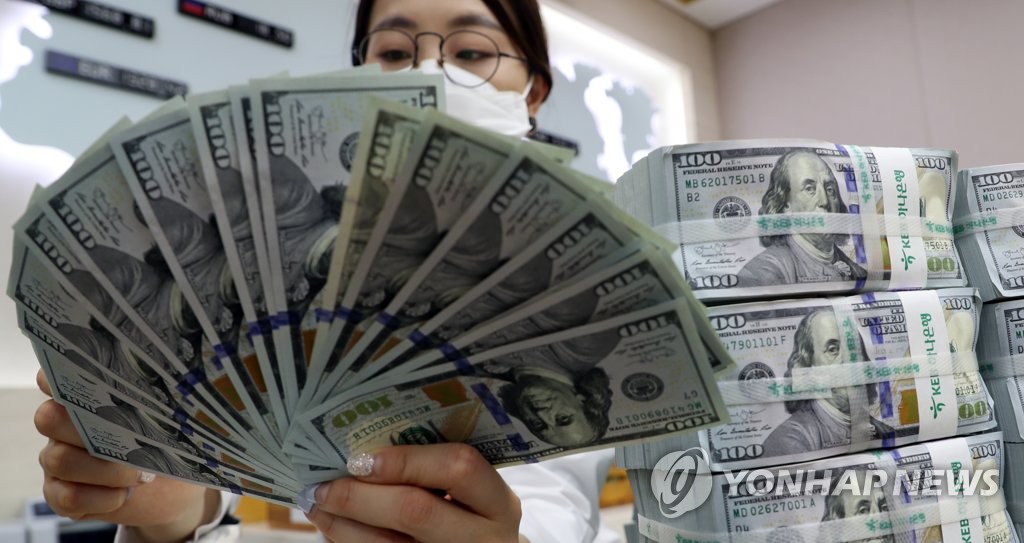 Such a steep drop was largely attributed to the advance of the U.S. dollar amid the new coronavirus pandemic that pushed down the dollar value of other foreign currency-denominated assets.

In April, the U.S. greenback continued to strengthen against the euro, changing hands at an average $1.082 per euro, up 1.9 percent from $1.103 per euro a month earlier, according to the BOK.

The rise in South Korea's FX reserves in April was largely attributed to increased returns on its foreign assets.

FX reserves held in foreign securities came to $361.51 billion at end-April, up $3.91 billion from a month before.

South Korea's foreign savings, on the other hand, slipped $500 million to $31.23 billion over the cited period.