SEOUL, May 6 (Yonhap) -- The South Korean government said Wednesday it will build an 8,000-unit residential complex in Seoul to help stabilize the housing market.

Korea Railroad Corp. (Korail) will develop its unused maintenance depot in Yongsan, central Seoul, to build the large apartment complex and supply some of the homes to underprivileged people.

Korail aims to win approval for the project from the Seoul Metropolitan Government by the end of 2023, according to the Ministry of Land, Infrastructure and Transport. 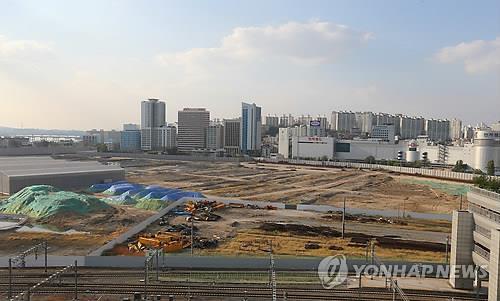 "The 8,000 units will be composed of public homes (allocated for the underprivileged at lower-than-market prices) and homes for purchase at market prices. Some commercial facilities and business buildings will be built in the site as well," a Seoul city official said over the phone.

Vice Land Minister Park Seon-ho said in a briefing that half of the 8,000 homes will be offered as public rental homes and the remainder will be put up for sale in the market.

The former maintenance site spreads across 510,000 square meters and it will take time for Korail and the transport ministry, which owns a bit of the property, to finalize the details of the development plan, the official said.

The government plans to supply 15,446 homes, including the 8,000-unit complex in Yongsan, by developing 18 unused sites in the capital city.

The development plans are part of the government's broader home supply programs announced in September, 2018.

Back then, the ministry said it will provide 300,000 "low-priced but quality" homes to the underprivileged from 2021 as home prices continued to rise, particularly in Seoul and the surrounding areas, for years amid low rates and short supply. 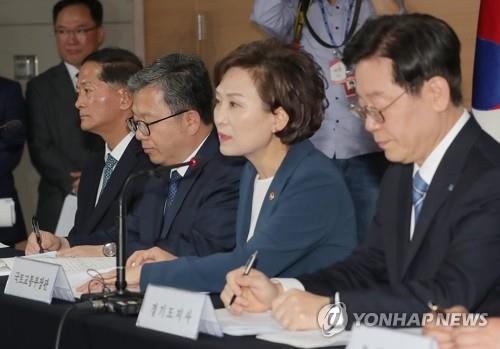