SEOUL, May 6 (Yonhap) -- U.S.-based electronic cigarette maker Juul Labs Inc. said Wednesday that it will pull out of South Korea one year after its launch here following controversies over health concerns.

Juul -- which packages nicotine salts from leaf tobacco into one-time use cartridges -- was launched in the country last May.

"We have reached the decision to suspend operations in South Korea after the company's performance in the country was not up to its expectations," the San Francisco-based startup said in a press release. 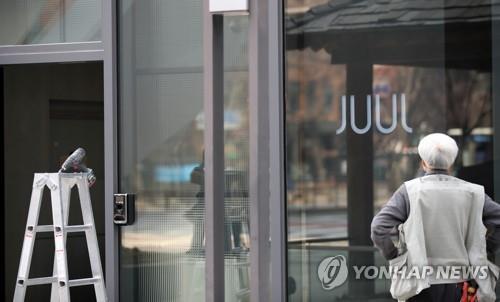 Since being founded in 2017, Juul has become the most popular e-cigarette brand in the United States.

Sales of flavored Juul Labs' e-cigarettes were suspended last October following local health authorities' warning against the use of such vaping products for health concerns.

The authorities said they have found vitamin E acetate, which may be linked to lung illnesses, in some liquid e-cigarette products made by Juul Labs and KT&G.