Naju in South Jeolla Province, 355 kilometers south of Seoul, and North Chungcheong's Cheongju, 137 kilometers southeast of the capital city, made bids to host the facility along with Chuncheon in Gangwon Province and North Gyeongsang's Pohang, the Ministry of Science and ICT said.

It said officials and experts carefully reviewed presentations made by all cities and checked their feasibility claims earlier in the day, before the selection was made.

Naju stressed that hosting the accelerator will contribute to balanced national growth, with leading research schools such as Gwangju Institute of Science and Technology expected to contribute to future research. Cheongju highlighted its central location in the country and its excellent transportation infrastructure as well as its relative proximity to Daedeok Innopolis, with its abundant human resources and easy access to top technical universities. 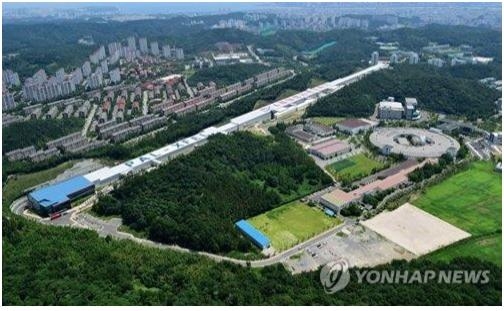