It said officials and experts carefully reviewed presentations made by all cities and checked their feasibility claims earlier in the day before the selection was made for the project set to receive 1 trillion won (US$816 million) in state funds.

Naju stressed that hosting the accelerator will contribute to balanced national growth, with leading research schools such as Gwangju Institute of Science and Technology expected to contribute to future research.

It pointed out that the city is located right next to Gwangju, a major urban center of 1.5 million people, and that the proposed site for the accelerator is on very stable granite bedrock that is mostly flat, which could help reduce construction costs.

Cheongju highlighted its central location in the country and its excellent transportation infrastructure as well as its relative proximity to Daedeok Innopolis, with its abundant human resources and easy access to top technical universities.

The city claimed it is ahead of the competition in terms of future growth potential, and it pointed out that related administrative procedures to build the facility have already been dealt with, so there is no risk of delay. It said that once the accelerator is built, the city will invite companies and laboratories, which would be a great boon to the local economy. 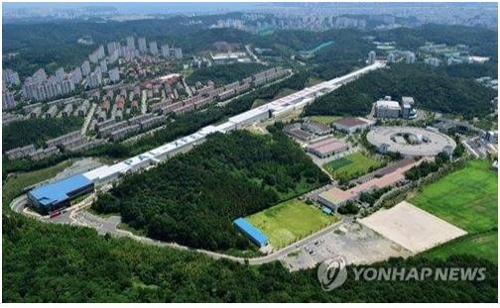