SEOUL, May 6 (Yonhap) -- Daebo Group, a midsized South Korean conglomerate, said Wednesday that it has canceled its annual K-pop charity concert due to concerns over the coronavirus.

The move came despite South Korea's eased guidelines that allow people to take part in outdoor activities and mass-gathering events in a shift to "everyday life quarantine" after more than two months of "intensive social distancing" meant to contain the COVID-19 pandemic.

In South Korea, the coronavirus has killed 255 people and infected more than 10,800. 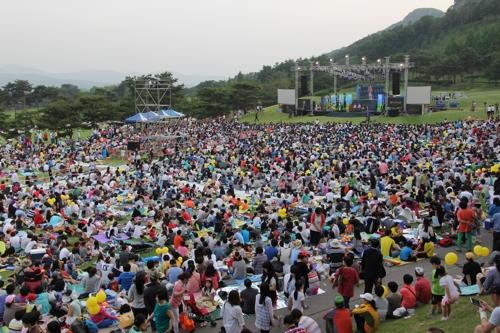 "I've decided to call off this year's concert in a move to join the everyday life quarantine scheme," Daebo Group Chairman Choi Dung-kyu said in a comment provided by the company.

Choi said it is "very regrettable" that the annual concert on a golf course of Daebo's Seowon Valley has been canceled.

The Seowon Valley Charity Green Concert, launched in 2000, has so far drawn 440,000 people, including K-pop fans from China, Taiwan, Japan, the United States and the Philippines.