SEJONG, May 7 (Yonhap) -- South Korea will provide 1.5 trillion won (US$1.2 billion) in subsidies to temporary workers who lost their jobs due to the coronavirus pandemic, Finance Minister Hong Nam-ki said Thursday.

The move is the government's latest measure to protect the nation's job market as the pandemic is expected to force an economic contraction this year.

Temporary or freelance workers who lost their jobs will be eligible for the subsidies and they will receive a total of 1.5 million won each, Hong said. 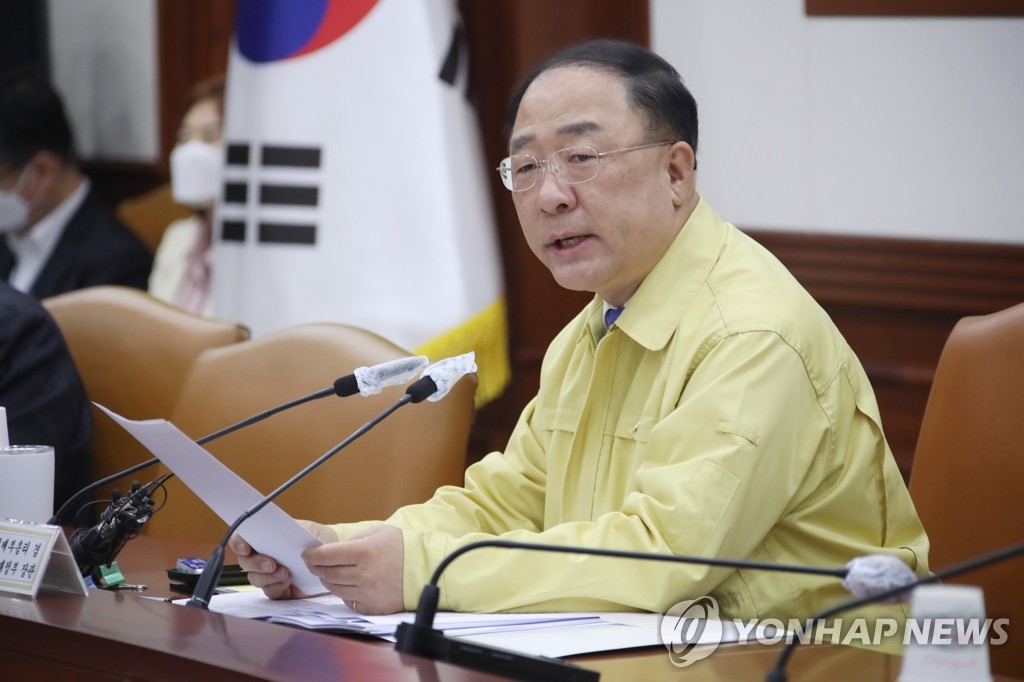 The National Assembly has approved a 12.2 trillion-won extra budget to fund emergency handouts for households to cope with the economic impact of the coronavirus outbreak.