SEOUL, May 7 (Yonhap) -- Perhaps a bit unfairly, LG Twins manager Ryu Joong-il has earned a reputation as someone who'd rather work with veterans than develop unproven, raw young talent -- this, despite the fact that he has produced three Rookie of the Year award winners in eight years as manager.

As if to prove a point, Ryu put three rookies on his Opening Day roster Tuesday. No other team had more than two. And two of those three LG rookies have already made their Korea Baseball Organization (KBO) debut this week.

Lee Min-ho, an 18-year-old right-hander, threw one scoreless inning in relief Wednesday, with his team down 5-0 against the Doosan Bears. He gave up a leadoff hit to Kim Jae-ho but then retired the next three batters in order.

Kim Yun-sik, a 20-year-old lefty, made his first professional appearance on Opening Day on Tuesday. With the Twins ahead comfortably 8-1 in the ninth inning, Kim gave up a run on two hits. 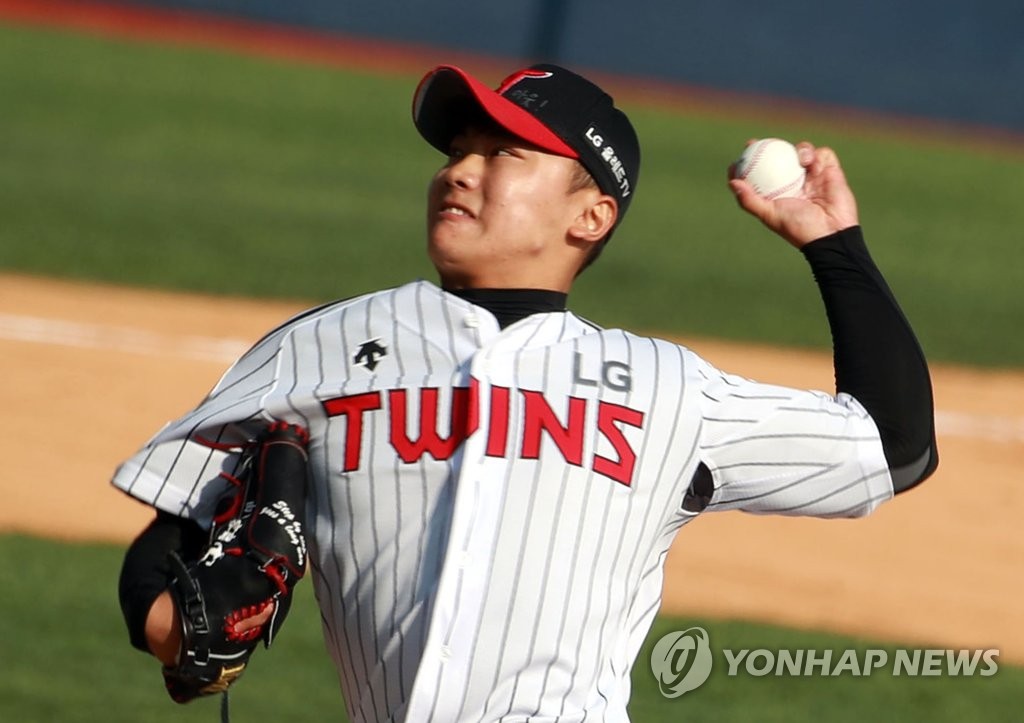 Both came on in low-leverage situations, and their performances didn't really have an impact on the outcome of the games. Still, that Ryu went to these young hurlers so early in the season offers a glimpse into how the manager will be running his pitching staff while playing a compressed schedule.

The start of the season was delayed from March 28 to May 5, this past Tuesday, but the KBO still plans on squeezing in all 144 games through early November, followed by the postseason that's expected to run until late November. With no All-Star break and possibility of doubleheaders looming, Ryu and other managers will need all the arms they can get.

"We have a relatively old team, and we have to keep developing our young players," Ryu said Tuesday before the Opening Day tilt against the Bears.

Discussing his usage of Lee and Kim, Ryu added, "For now, they'll be pitching in middle relief. But they may get an opportunity to start at some point. This year, I am going to play a lot of our young players."

They went back to the United States in early March after spring training, with the coronavirus raging in South Korea. When they returned a few weeks later, they had to be quarantined for 14 days, which affected their buildup for the start of the regular season. Neither of the two made the Opening Day roster, but they will be available this weekend. 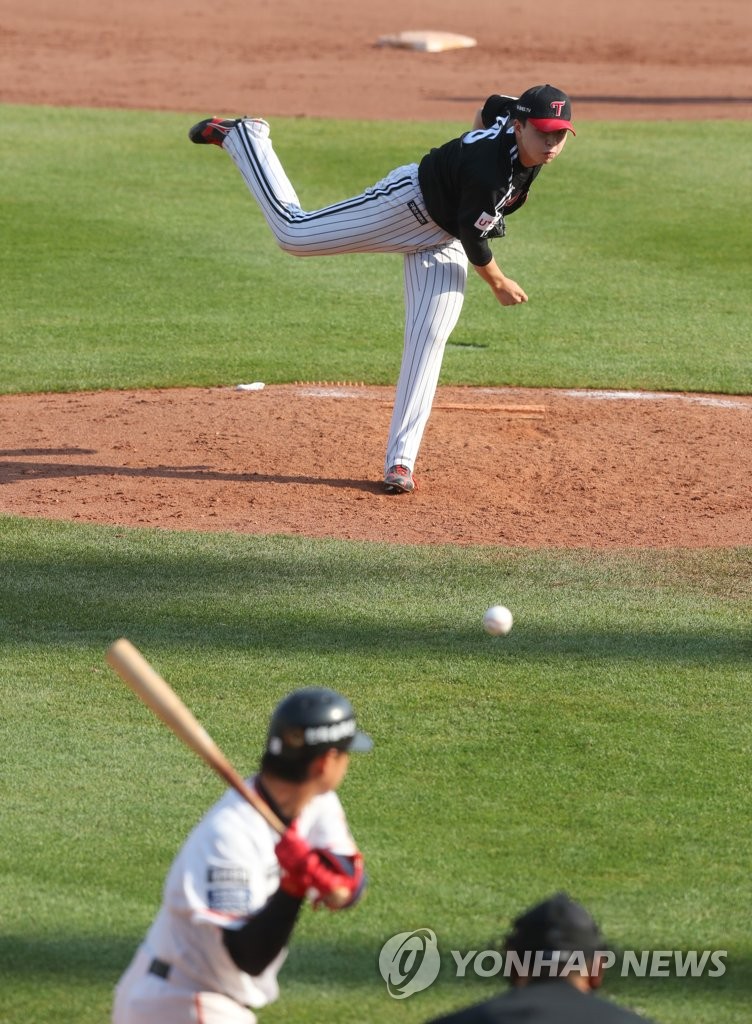 The third rookie that made the Twins roster but that hasn't played yet is Son Ho-young, a former Chicago Cubs infield prospect who reached as far as Single-A.

While Ryu managed the Samsung Lions from 2011 to 2016, the team had two Rookie of the Year winners: Bae Young-seob in 2011 and Koo Ja-wook in 2015. Then last year, his second season as a Twins boss, Ryu saw his reliever Jung Woo-young capture the top rookie prize.