SEOUL, May 7 (Yonhap) -- Loans extended to small and medium-sized firms by South Korea's five major banks rose at the fastest pace in over four years in April from a month earlier amid the coronavirus pandemic, data showed Thursday.

Outstanding loans taken out by smaller firms from the lenders -- KB Kookmin Bank, Shinhan Bank, Woori Bank, KEB Hana Bank and NH Bank -- increased by 8.43 trillion won (US$6.8 billion) to 436.9 trillion in April, according to the data from the five banks.

The hike represented the highest since September 2015, when relevant data began to be available.

The sharp loan increase came as South Korean banks began extending up to 30 million won in loans with a low interest rate to small business owners in April, as they were hit hard by the coronavirus pandemic amid sluggish domestic demand. 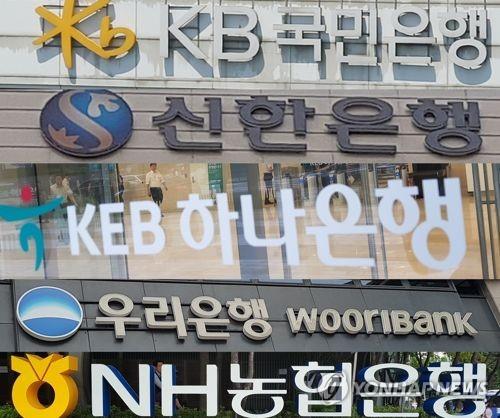