LG Velvet was officially unveiled through an online event amid the novel coronavirus pandemic, with celebrities introducing the device's new design language and functions under a concept of fashion show.

LG's new handset emphasizes the design of three rear cameras that descend in order by size, evoking images of falling raindrops. It also applied "3D Arc Design," that makes the edges of the display and rear symmetrically curved.

"A smartphone is a gadget that can express who you are just like your clothes, bags and other accessories," said Shin Jae-hyeok, LG Electronics' mobile marketing director. "We've prepared the event to introduce LG Velvet's highly accomplished design value."

Ahead of its launch event, the company revealed the name and specifications of the Velvet, which will be powered by the 5G-supporting Qualcomm Snapdragon 765 chipset.

It houses a 48-megapixel main camera, an 8-megapixel ultrawide lens and a 5-megapixel depth sensor on the back, while sporting a 16-megapixel selfie camera on the front. The device, which has a 6.8-inch FullVision display, will pack a 4,300-mAh battery.

Preorders for the Velvet will start on Friday, with the official release of the device in South Korea set for May 15. 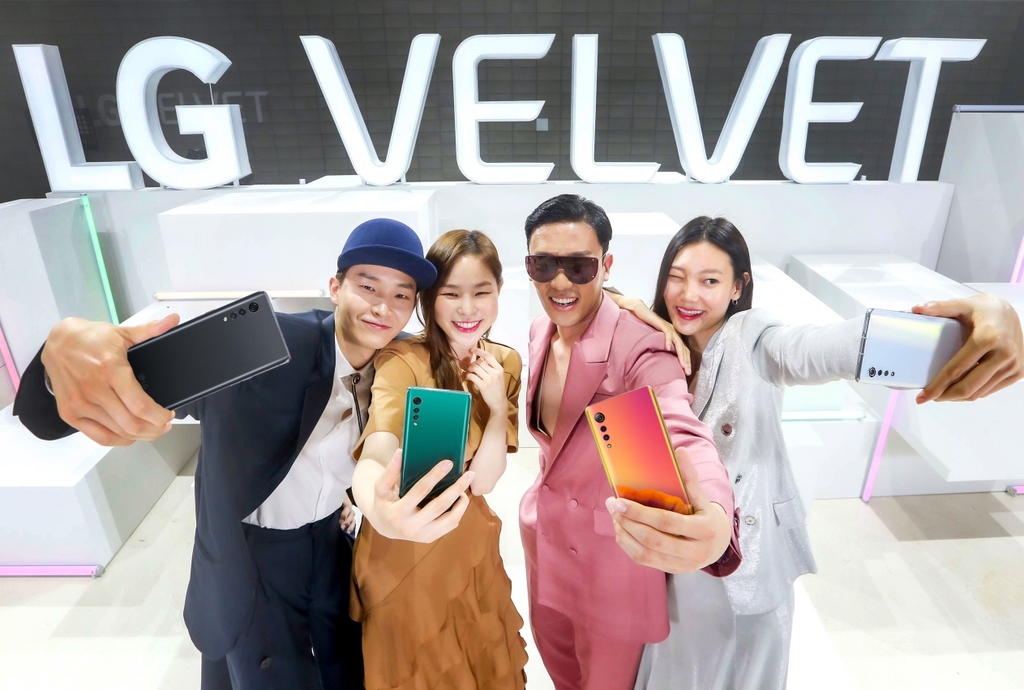 In South Korea, LG said the Velvet will be priced at 899,800 won (US$730), but under partnerships with the three major mobile carriers here, people can purchase it for half-price.

According to mobile carriers, consumers can get a 50-percent discount if they agree to use and return the Velvet after two years and buy premium LG phone upon the return.

LG hopes the Velvet can help its mobile business escape from a long slump.

In its first quarter earnings report, LG said its mobile communications unit racked up only 998.6 billion won in sales in the January-March period, down 33.9 percent from a year earlier, while its operating loss widened from 203.5 billion won to 237.8 billion won over the cited period, extending its losses to 20 consecutive quarters.

The company said the Velvet will help boost its profitability.

However, industry watchers said it will not be easy for LG to boost its phone sales amid the novel coronavirus pandemic.

Domestically, the Velvet will have to go up against new products from its bigger rivals, like Samsung Electronics Co. and Apple Inc.

Samsung has released a 5G variant of its middle-range smartphone, the Galaxy A51 5G, on Thursday with a price tag of 572,000 won.

Apple also introduced the second generation of its mid-range smartphone iPhone SE earlier this week. The price of the new iPhone SE has been set between 550,000 won and 760,000 won, depending on the device's storage capacity