SEOUL, May 7 (Yonhap) -- President Moon Jae-in doesn't have to worry much about becoming an early "lame duck," at least for now, having served three-fifths of his single term.

His center-left administration, which marks its third anniversary on Sunday, has been energized by the ruling Democratic Party's overwhelming victory in the April 15 parliamentary elections.

Moon construed the victory as a "heavy responsibility" for his leadership and signaled an aggressive push to save jobs, revitalize the economy and complete pending social reform measures. He even announced plans for the Korean version of the New Deal. 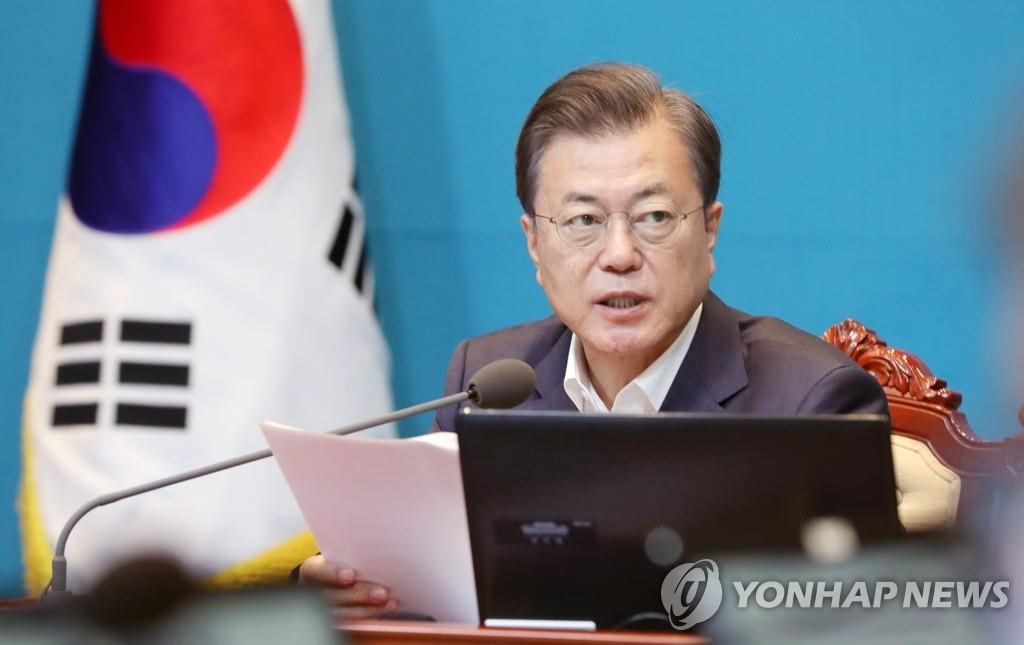 Bracing for the new wave of radical changes in the post-coronavirus era, he has a host of tough tasks to handle. The first priority is to terminate the virus and ride out the national crisis.

"Due to COVID-19, Korean society is confronted with triple crises: a quarantine crisis from the spread of infections, an economic crisis coupled with instability in employment and a cooperation crisis attributable to a failure to resolve these difficulties through social dialogue," Cho Dae-yop, chairman of the Presidential Commission on Policy Planning, said in an interview ahead of the anniversary.

While South Korea has managed to flatten the curve of infections, many expect full-scale troubles in the economic sector to spring up in the weeks or months ahead.

The International Monetary Fund forecast South Korea's export-reliant economy to shrink 1.2 percent this year due to the pandemic.

Workers are losing jobs and the self-employed are in deepening woes. The government bought some time to cope with the problem by handing out "emergency disaster relief payments" of as much as one million won (US$814) to every household.

Even before the virus fear, Asia's fourth-largest economy had long been in the doldrums. Moon has been dogged by harsh political attacks on his signature income-driven growth strategy and plans to phase out South Korea's use of nuclear energy. Housing prices have skyrocketed, especially in Seoul and nearby Gyeonggi Province.

Cho stressed that it's premature to label the income-led growth policy a failure. "A precise and objective assessment is necessary on whether it has been really fruitless," he said, citing the simultaneous push for innovative growth.

For the president, another setback is scant progress in the Korea peace process.

He said his government would explore "realistic and practical" ways to reactivate inter-Korean cooperation despite international sanctions on the communist neighbor.

He is hoping for anti-coronavirus partnerships for a breakthrough that could pave the way for individual tours of North Korea and reconnection of cross-border railways and roads.

Still, the key is Pyongyang's response. Chances of a dramatic nuclear deal are apparently wearing thin ahead of the U.S. mid-term elections in November. President Donald Trump is distracted by the coronavirus crisis.

Domestically, another key task is to reform the state prosecution service, which is regarded as having too much authority and power.

A bout of ferocious political strife is expected, as the government prepares to set up a non-prosecution agency specializing in investigating corruption by high-ranking government officials, including senior prosecutors, under new legislation. The main opposition United Future Party has strongly opposed the unit, claiming it would be exploited as an organ to conceal corruption by Moon and his confidants. The government is seeking to launch it as early as July.

The ruling bloc is also setting its sights on constitutional revision as a mid-or long-term goal.

Having focused on fighting the virus amid global plaudits, Moon is getting back to the reality of mounting pressure over substantive accomplishments, as demonstrated in his 2020 policy slogan, "For tangible changes!" 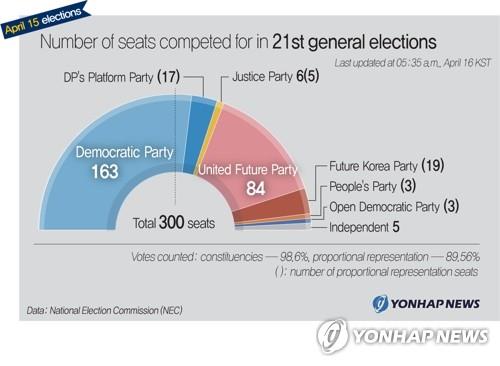 Fortunately for him, the latest election win has offered ample political capital. His party secured 180 seats in the 300-member National Assembly. Many of the lawmaker-elects are Moon's former Cheong Wa Dae staffers. No major national election is slated until the spring of 2022.

That means Moon can't, or shouldn't, blame opposition parties any more for a lack of accomplishments in his reform drive, analysts say.

A majority of South Koreans are on his side as well, opinion polls show. Gallup said Moon's approval rate averaged 60 percent in April, far higher than his predecessors' ratings around their third inauguration anniversary.

Park Geun-hye began her fourth year in office with 40 percent, Lee Myung-bak 43 percent, Roh Moo-hyun and Kim Dae-jung both with 27 percent, according to data compiled by the pollster.

Moon's current popularity is viewed as affected by his handling of the coronavirus thanks partly to the temporary "rally-round-the-flag effect" and public frustration over opposition parties.

What matters is whether Moon will be able to yield tangible achievements beyond quarantine success, a possible early indication of the 2022 presidential election result. 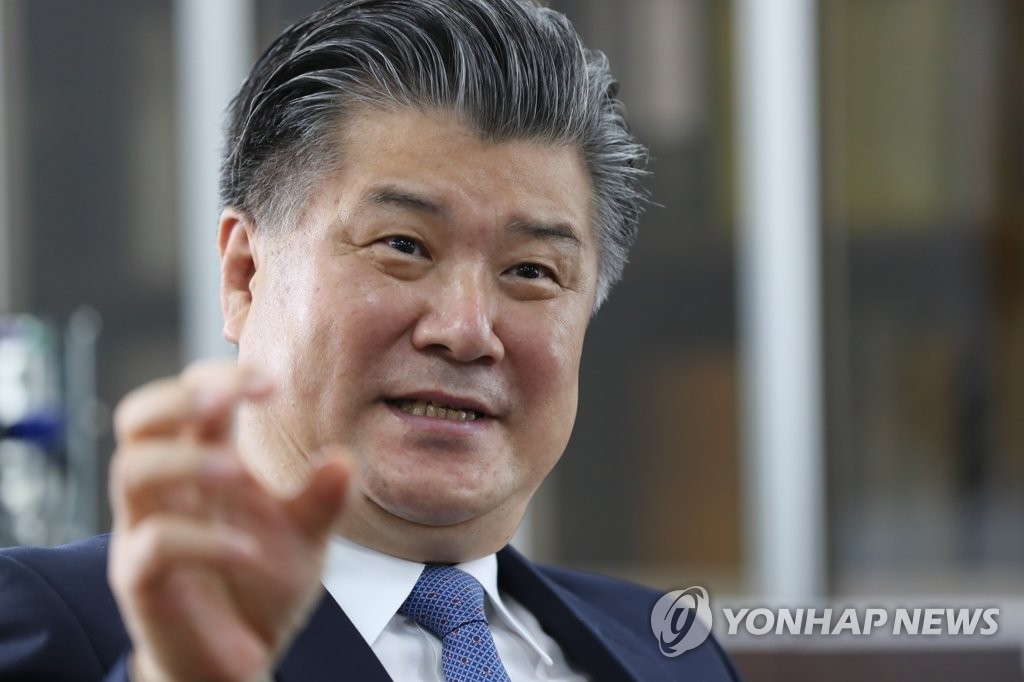