Adding more woes, the European Commission said the region's economy is expected to contract by 7.4 percent this year, its worst fall since the Great Depression in the 1930s.

Analyst said that renewed tensions between the world's two largest economies are also weighing down the market. On Wednesday, U.S. Secretary of State Mike Pompeo lashed out against China for its handling of the novel coronavirus outbreak.

The local currency was trading at 1,226.50 won against the U.S. dollar, down 4.4 won from the previous session's close. 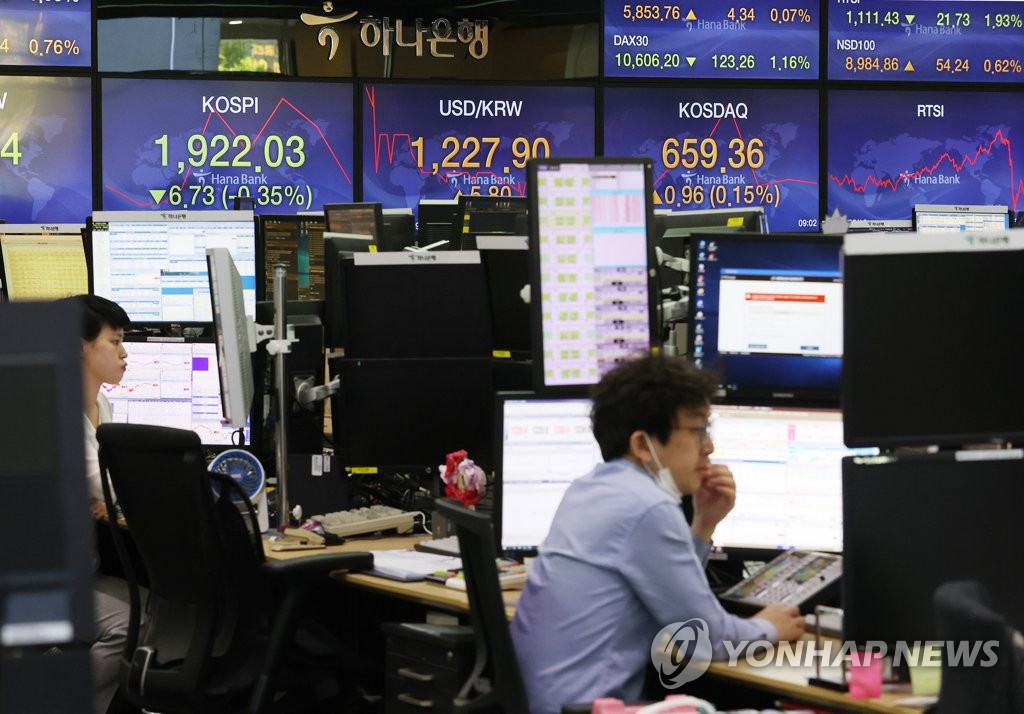