SEOUL, May 7 (Yonhap) -- Samsung Electronics Co. was the second-largest vendor of smartwatches in the first quarter of the year, an industry report showed Thursday, amid rising popularity of the wearable device.

Samsung, which makes the Galaxy Watch, shipped 1.9 million smartwatches in the January-March period, up from 1.7 million a year earlier, according to data from market tracker Strategy Analytics.

But its market share declined slightly from 14.9 percent to 13.9 percent over the cited period.

"Samsung remains the world's number two smartwatch vendor, but its growth was slowed by the coronavirus lockdown at home in South Korea and renewed competition from hungry competitors like Garmin," said Steven Waltzer, a senior analyst at Strategy Analytics. 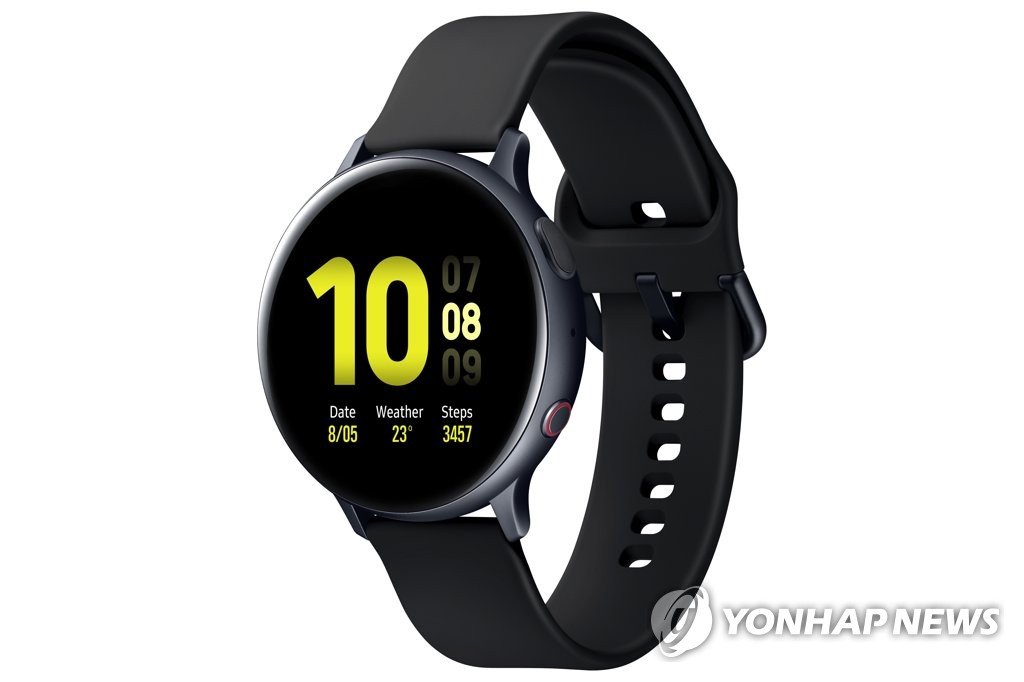 Its archrival Apple Inc. continued to expand its dominant presence in the smartwatch market. The American tech titan shipped 7.6 million units of the Apple Watch in the first three months of the year, up from 6.2 million units a year earlier, according to the data. Its market share increased from 54.4 percent to 55.5 percent.

Despite the novel coronavirus pandemic, global smartwatch shipments grew 20 percent on-year to 14 million units in the first quarter, Strategy Analytics said. However, it predicted that the shipments would decline in the second quarter.

"Sales in Europe and the US have inevitably been hit by the virus lockdown in recent months," said Woody Oh, director at Strategy Analytics. "However, the second half of this year and beyond will see a decent rebound, as consumers worldwide steadily regain confidence and more retail stores reopen."