SEOUL, May 7 (Yonhap) -- South and North Korea need to launch a joint response system against infectious diseases as part of efforts to better cope with growing threats from global pandemics, such as the coronavirus, Unification Minister Kim Yeon-chul said Thursday.

In a press briefing, Kim also noted that such cooperation is one of the various "practical" ways the government is considering to move forward almost stalled inter-Korean relations by stimulating exchanges in areas not subject to global sanctions.

"Over the past 100 days, the coronavirus has impacted not just our lives but inter-Korean relations in various ways," he said. "The spread of novel infectious diseases and various natural disasters are regarded as unconventional security threats, and it is our unification ministry's task to deal with that threat."

"We are making preparations in various manners, but most importantly, there appears to be a need to build a joint response system (with the North) against infectious diseases from a public health perspective," he added.

Kim hoped that through such a joint response system the two Koreas can share information on infectious diseases and draw up quarantine and preventive measures.

South Korea has reported more than 10,000 coronavirus infections since its first case in mid-January, but the spread has been brought under control in recent weeks with daily new cases showing signs of slowing down.

North Korea has claimed to be free of the coronavirus, but it has taken drastic and swift countermeasures by closing its borders and toughening quarantine criteria.

South Korea has explored ways to kick-start stalled inter-Korean relations through joint efforts against infectious diseases as such joint work in certain humanitarian areas is not subject to sanctions.

The North, however, has not responded to South Korea's offers for any cross-border cooperation since a no-deal summit with the U.S. in February last year. Pyongyang has also complained about Seoul dragging its feet in seeking major cooperation for fear of violating U.S.-led global sanctions.

The unification minister expressed confidence that such cooperation in the public health area would not be hindered by global sanctions, saying that a favorable environment appears to have been created in the process of fighting against the COVID-19 pandemic.

"The U.N.'s basic stance is that sanctions should not come as a hindrance in the process of overcoming the coronavirus crisis, which the U.S. also shares to some extent as far as I know," Kim said.

"I think there would be a lot of equipment that would need to be exempted from sanctions (when actual cooperation takes place)," he added. "If such actual situations arise, I would be ready to positively consult with the international community."

He, however, acknowledged that all depends on how North Korea would react and when the threat from the coronavirus will completely disappear.

"After all, unilateral intentions are not enough to initiate cooperation," he said. "I think we need to wait for a little bit more (to hear a response from the North).

Meanwhile, the minister said that the government plans to resume tour programs to the southern area of the truce village of Panmunjom from June after they were halted in October due to the outbreak of African swine fever along the inter-Korean border.

"I think that (tours) could be resumed from June for a small group of people first on a temporary basis," he said. 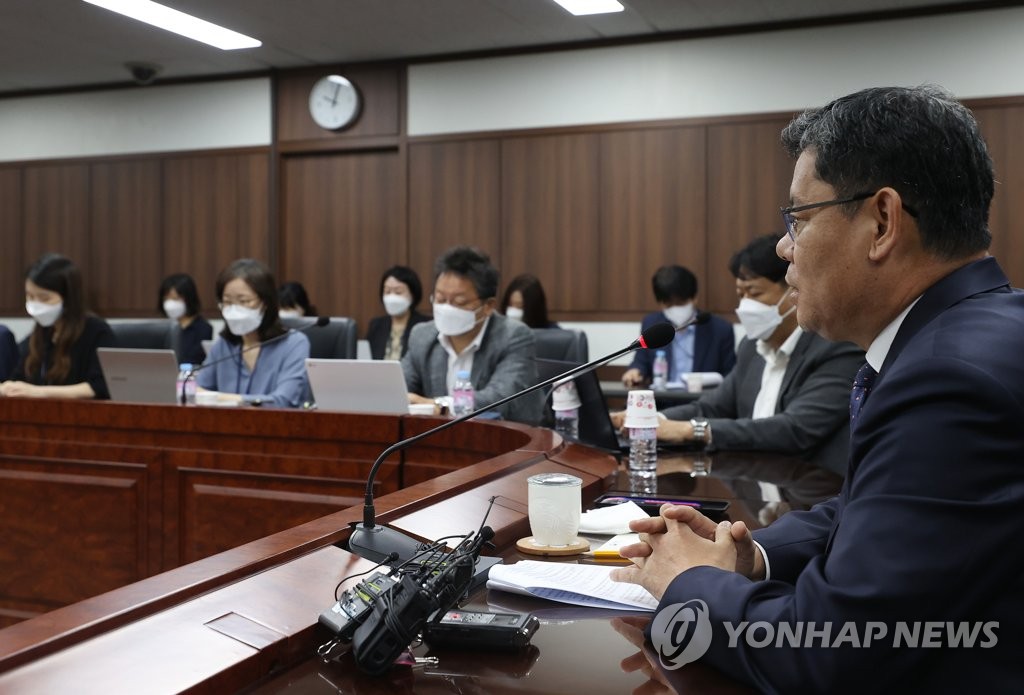