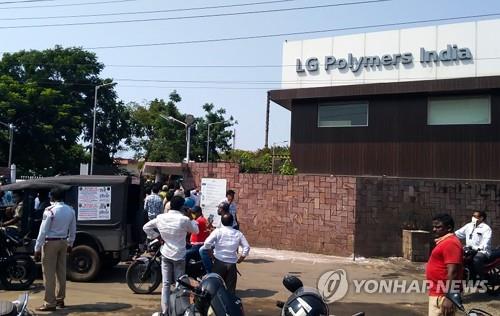 Foreign media reported that the gas leak at the LG Polymers chemical plant in Visakhapatnam in the southern Indian state of Andhra Pradesh killed at least 11 people and sickened thousands of villagers.

Indian media reported that the death toll from the accident could climb by as much as 20 people as many seriously ill people are on ventilators. 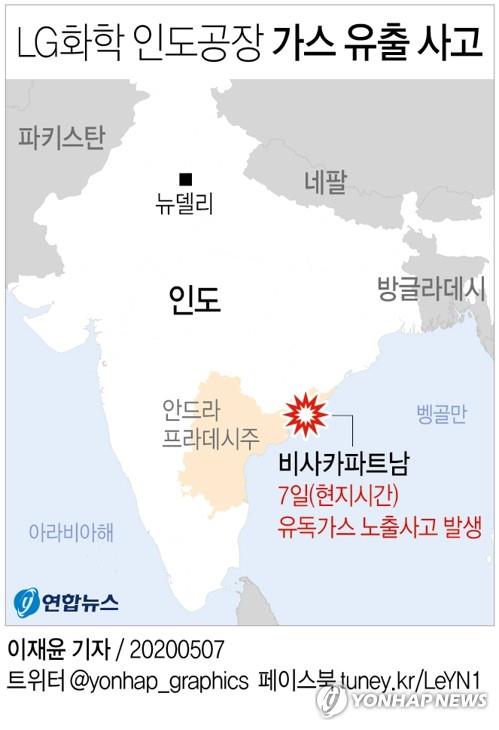 "I pray for everyone's safety and well-being in Visakhapatnam," Indian Prime Minister Narendra Modi wrote on Twitter, adding that the situation is "being monitored closely."

South Korean Ambassador to India Shin Bong-kil also expressed condolences over the incident, saying he was "shocked and saddened" by the news.

"We pray for the speedy recovery of those who have been taken ill," he said in a statement.