It represents a symbolic gesture, widely expected, amid concern about the fiscal impact of the left-leaning Moon administration's decision to hand out direct financial support to all households in South Korea amid the coronavirus outbreak.

The government is campaigning to encourage the wealthy to donate their share of the aid.

Meanwhile, the president is scheduled to address the nation from Cheong Wa Dae on Sunday, his third inauguration anniversary.

He is expected to present his policy vision for his remaining two years in office.

He will start the speech at 11 a.m. at the Chunchugwan pressroom inside the presidential compound. 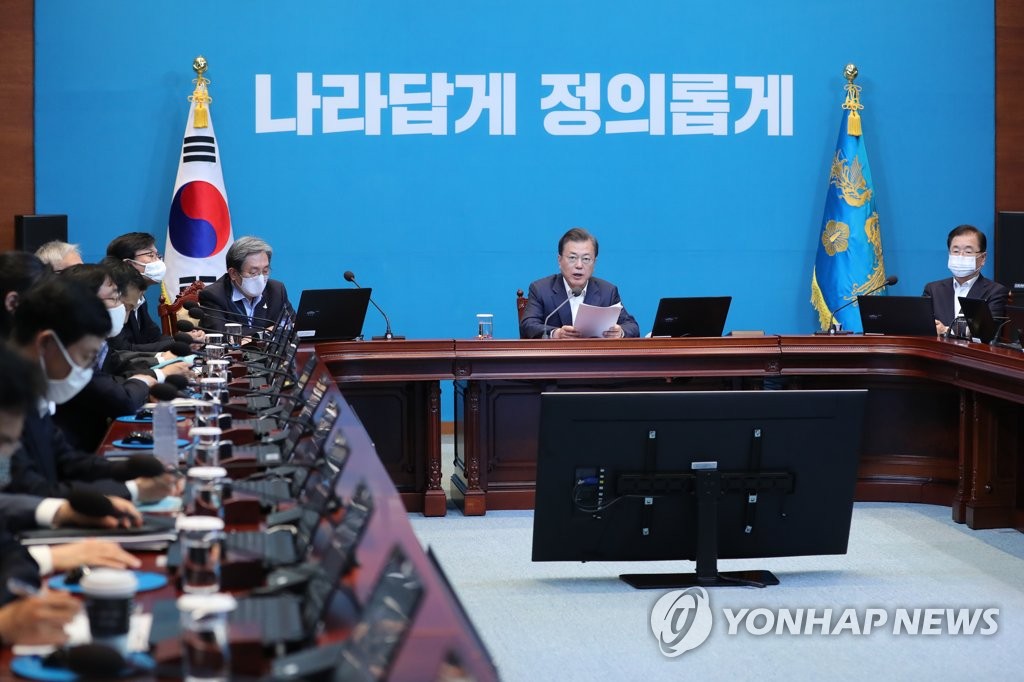 (LEAD) Moon to donate his share of emergency relief fund

(LEAD) Moon to donate his share of emergency relief fund