The U.S. employment data showed that U.S. private sector companies cut a record 20.2 million jobs last month, while the Europe Commission announced that the region's economy is expected to contract by 7.4 percent this year, its worst fall since the Great Depression in the 1930s.

The index turned higher, advancing as much as 0.5 percent, after China reported that its exports in U.S. dollar terms rose 3.5 percent in April, bucking market expectations for a drop.

However, it lost steam later to settle just below the flat line. 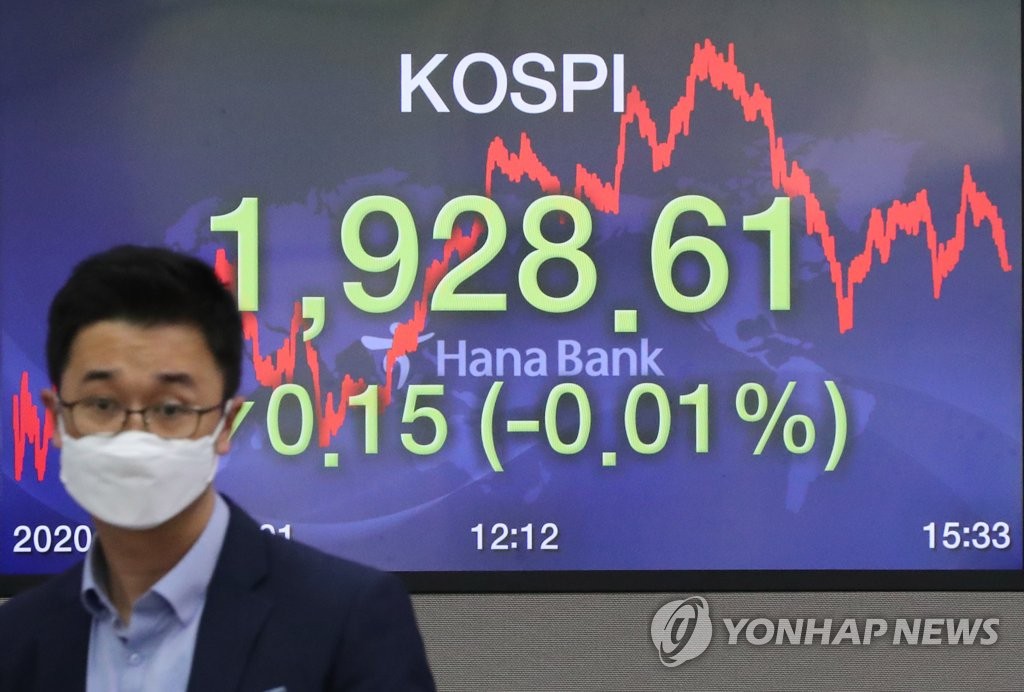 "With foreigners continue to sell-off local shares, there was no momentum to further push up the index," said Seo Sang-young, an analyst at Kiwoom Securities.

Individual investors bought a net 253 billion won worth of stocks, while institutions scooped up a net 58 billion won. Foreigners offloaded a net 321 billion won on the Seoul bourse.