SEOUL, May 7 (Yonhap) -- A lawmaker with close ties to President Moon Jae-in was elected floor leader of the ruling Democratic Party (DP) on Thursday, vowing close cooperation with the government and the presidential office to cope with the economic fallout of the coronavirus pandemic.

The 56-year-old Kim beat his two rivals, Rep. Jeon Hae-cheol and Rep. Jung Sung-ho. Kim won a majority of the vote without heading to a runoff election.

Kim said he feels heavy responsibility at being elected the DP whip at a crucial time, pledging efforts to overcome the economic crisis.

"I will seek internal unity of the party and focus on (enhancing coordination) among the ruling party, the government and Cheong Wa Dae to overcome the COVID-19 crisis," Kim said in an acceptance speech. 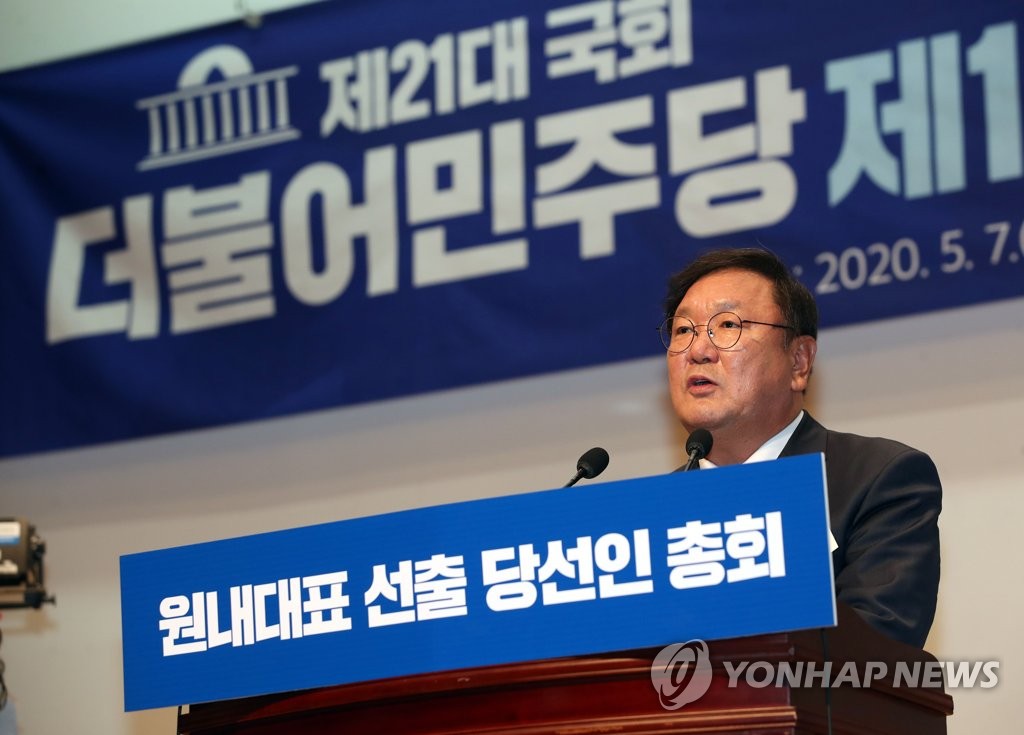 Kim will face the task of navigating a ruling party that commands a majority of seats in the 21st National Assembly following its landslide victory in the April 15 general elections.

The DP and its sister party secured a combined 177 parliamentary seats in the 300-member unicameral parliament.

Experts said the ruling bloc can "do everything" except for a constitutional revision, which requires the approval of at least three-fifths of lawmakers.

The DP is expected to actively support the Moon government's efforts to prop up the slowing economy hit by the coronavirus outbreak during the remainder of his term. Moon has served three-fifths of his single, five-year term.