SEOUL, May 7 (Yonhap) -- A Yonsei University professor has been suspended from work for one month for allegedly making disparaging remarks against Korean victims of Japan's wartime sexual slavery last year, the school said Thursday.

According to school officials, Yonsei University's disciplinary committee has decided to give a one-month suspension to Lew Seok-choon, a sociology professor of the prestigious university in Seoul, over his controversial remarks on Korean sexual slavery victims, and the decision was immediately delivered to him.

Lew has refused to accept the disciplinary decision, the officials said. 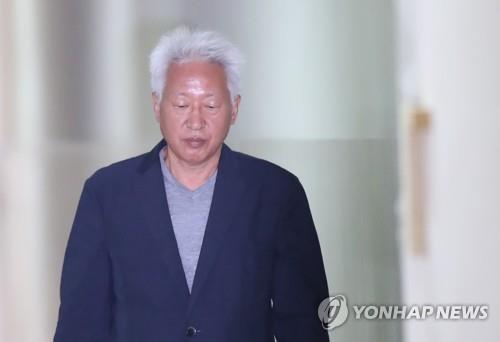 The 65-year-old Lew drew fire after calling the Korean sexual slavery victims "prostitutes" during a school lecture last September. According to a recording of his Sept. 19 lecture, the renowned right-wing scholar said the so-called comfort women are "kind of prostitutes" while denying they were forced by the Japanese government to work in military brothels during World War II.

Explaining that women enter the sex trade largely of their own volition, he said to a female student who challenged him, "If you are curious, why don't you try?"

Under the university's regulations on suspension, Lew can maintain his professor status but will be barred from teaching and won't be paid salary during the period of disciplinary punishment. He was already excluded from giving lectures for the spring semester.

Lew issued a statement later in the day vowing to fight the school's disciplinary action by appealing to the Appeals Commission for Educators or the administrative court.

Separately, the professor is now under an investigation by prosecutors after a civic group filed a complaint against him on charges of libel last fall. Police transferred Lew's case to the Seoul Western District Prosecutors Office in March with an opinion of indictment.