SEOUL, May 7 (Yonhap) -- A surviving victim of Japan's wartime sexual enslavement criticized a leading civic group advocating for victims on Thursday, accusing it of failing to manage donations transparently.

Denouncing the Korean Council for Justice and Remembrance for the Issues of Military Sexual Slavery by Japan, Lee Yong-soo, 92, said she will no longer participate in the weekly rally that the group has organized for the past 28 years.

"It is not helpful at all. We don't even know where the donations from the students are spent," she said during a press conference in the southeastern city of Daegu.

Han Kyung-hee, secretary-general of the council, said there was some "misunderstanding."

"The donations have been spent on various activities to resolve the Japanese sexual slavery issue, such as on supporting the victims and publishing related books, and all details are transparently disclosed," Han told Yonhap News Agency.

Among 240 Koreans officially registered with the government as victims of Japan's sexual slavery, the number of survivors stands at 19. 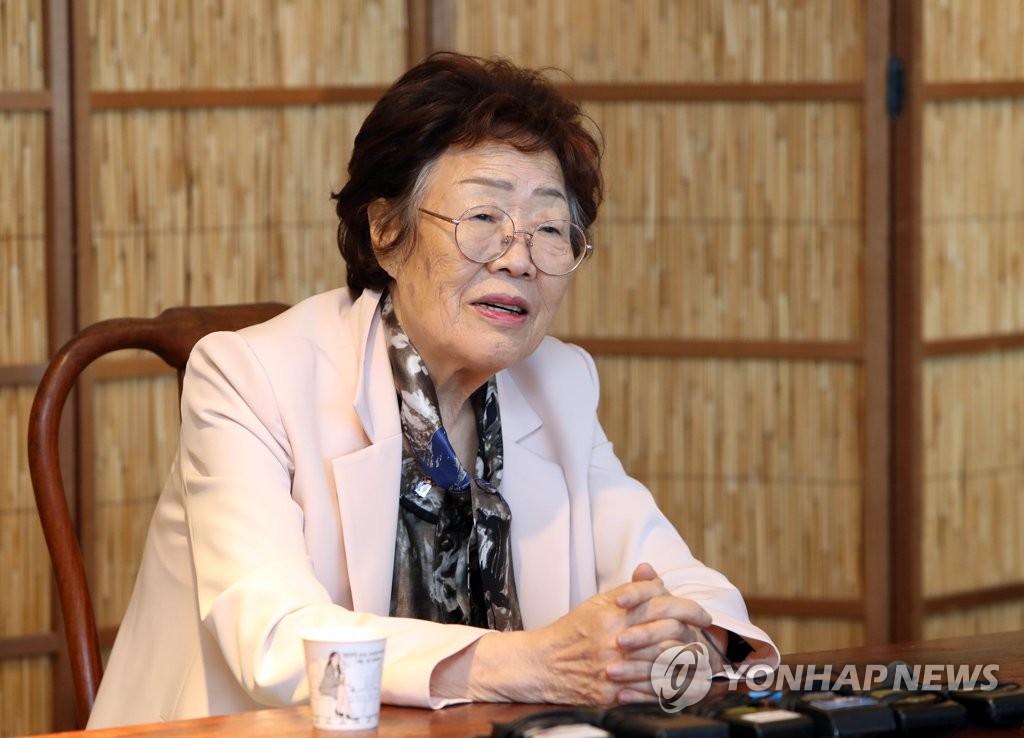