WASHINGTON, May 7 (Yonhap) -- The United States is asking South Korea to shoulder a larger share of the cost of stationing American troops on the peninsula to ensure the allies are prepared for future challenges together, a Pentagon nominee said Thursday.

James Anderson, the nominee to be deputy under secretary of defense for policy, made the remark in a written answer to questions posed by the Senate Armed Services Committee ahead of his confirmation hearing the same day.

Anderson, who currently performs the duties of under secretary of defense for policy, was asked if the prolonged negotiations over a new cost-sharing deal between South Korea and the U.S. are threatening the strength and health of the bilateral alliance. 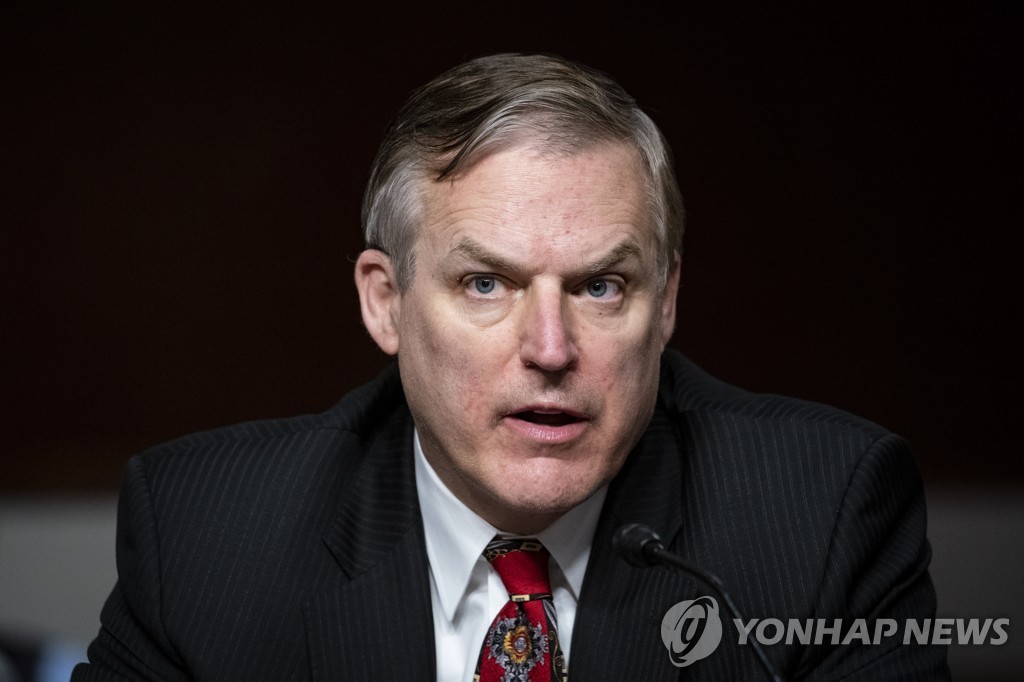 "The ROK contributions to the Alliance over the last few decades are commendable, including the support the ROK provided through previous SMAs," he wrote, noting that there have been tough negotiations before.

ROK stands for South Korea's official name, the Republic of Korea. SMA is the name of the defense cost-sharing deal, Special Measures Agreement.

"However, looking to the future, we must be prepared to face more numerous and complex challenges together," he continued. "To adapt and prepare for these challenges, the United States is investing more robustly in our combined defense, and we are asking the ROK to shoulder a larger, more equitable share of the burden of maintaining peace and security in an evolving strategic environment.

"Though we are engaged in tough negotiations, we remain committed to reaching a mutually beneficial and equitable agreement that will strengthen the Alliance and our combined defense," he added.

Under last year's agreement, which expired at the end of December, Seoul agreed to pay US$870 million. This year it offered to increase the amount by 13 percent, but that was rejected by U.S. President Donald Trump.

The impasse in negotiations has led U.S. Forces Korea to place some 4,000 South Korean employees on unpaid leave.

Asked if he would recommend a reduction of the 28,500-strong USFK at the present time, given the conventional threat posed by North Korea, Anderson offered a vague response.

"Our presence on the Peninsula is calibrated to address the threats, capabilities and concerns of our allies," he wrote. "If confirmed, I will continue to advocate for U.S. force presence on the Korean Peninsula, as I would anywhere, to ensure that it aligns with the requirements of our strategy and where applicable, our treaty obligations."

He described the alliance as the "linchpin" of peace and security in the region and reaffirmed its commitment to the "final, fully verified denuclearization of North Korea and enduring peace on the Korean Peninsula."

Asked to assess North Korea's nuclear and ballistic missile development and production efforts, he said: "North Korea continues to make significant advancements to both its nuclear and missile programs, posing a real threat to the United States and our allies and partners."