WASHINGTON, May 7 (Yonhap) -- U.S. President Donald Trump said Thursday that South Korea has agreed to pay "substantial money" for the stationing of American troops on the peninsula.

Trump's comment comes as the two countries are in tough negotiations to renew a defense cost-sharing deal. Trump said earlier that he rejected South Korea's offer to increase its financial contribution by 13 percent.

"South Korea has agreed to pay substantial money to us, which we appreciate very much," he told reporters during a White House meeting with Texas Gov. Greg Abbott.

"We're spending all of this money. It costs us a lot of money ... And if we're going to defend countries, they should also respect us by making a contribution," he said.

Trump made similar remarks in an interview with Reuters last week, without saying how much South Korea had agreed to pay.

A senior Trump administration official told Yonhap News Agency that the U.S. has asked South Korea to pay US$1.3 billion this year, a nearly 50 percent increase from $870 million last year.

Seoul has insisted that it has already made its best offer with 13 percent.

Some 28,500 American troops are currently stationed in South Korea to deter North Korean aggression, a legacy of the 1950-53 Korean War, which ended in an armistice, not a peace treaty. 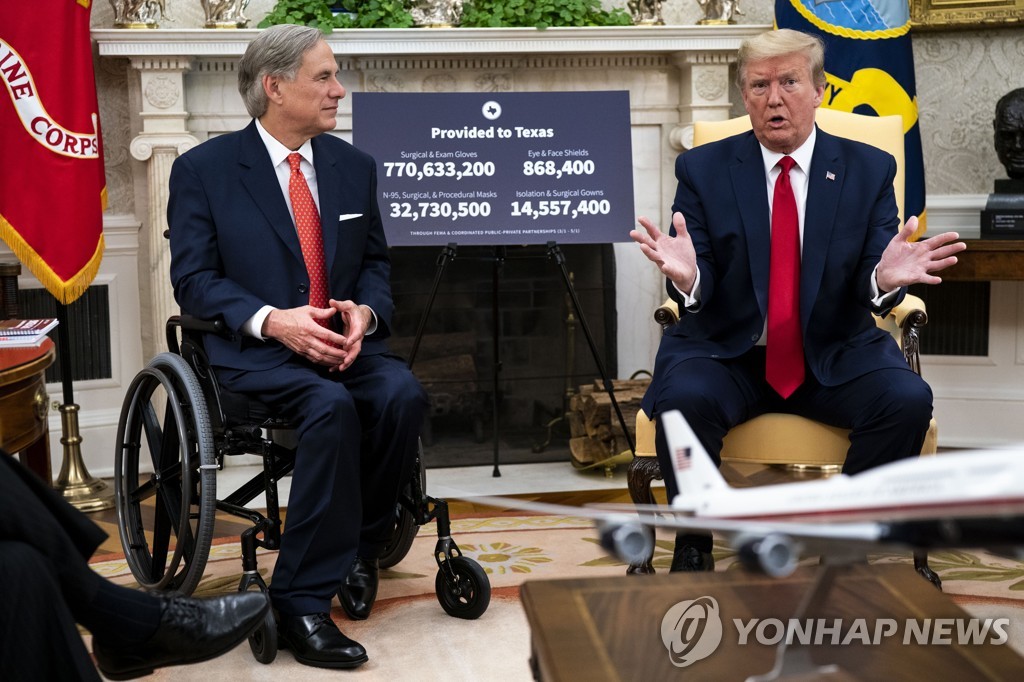