SEOUL, May 9 (Yonhap) -- After coming home from a hectic day at work, Patty Noakes likes to wind down by watching baseball on ESPN.

But it is not just any baseball she is watching on the U.S. cable station these days. ESPN will be carrying six Korea Baseball Organization (KBO) games per week this season, while Major League Baseball (MLB) remains grounded due to the coronavirus pandemic. For fans like Noakes, who grew up in Cincinnati during the "Big Red Machine" era of the early 1970s, KBO is the only baseball action available on television.

And she is just happy she can watch baseball at all. "I live for the baseball season, so was excited to watch the games," Noakes said as part of an informal survey by Yonhap News Agency of U.S. baseball fans on the KBO. ESPN began its coverage with Tuesday's Opening Day game between the Samsung Lions and the NC Dinos.

"I have been learning Korean, so even more excited that I can read the signs and players' names," Noakes added. "The games are well-paced and professionalism of the teams is evident."

Noakes said she recorded KBO games and watched them after work, because of the time difference. The first KBO game on ESPN began at 1 a.m. Eastern Standard Time, and 10 p.m. on the west coast in the United States. These are not typical time slots for baseball games, especially for fans who are used to watching MLB games either in the afternoon or in the prime time evening hours.

But fans reached by Yonhap said they are enjoying baseball no matter where and when it is being played. For those who had no prior experience with South Korean baseball, this is an opportunity to see how America's national pastime is played in this part of the world. 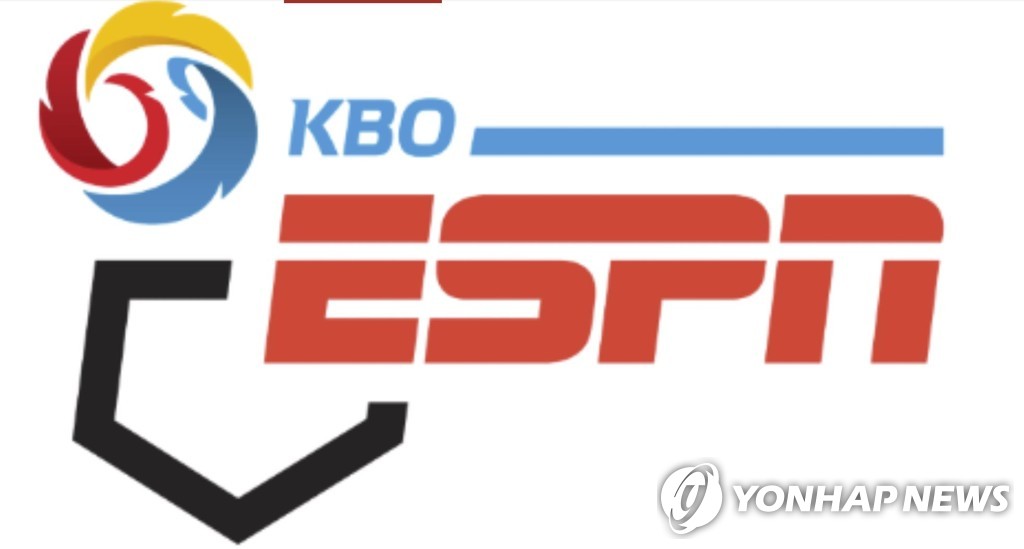 While ESPN is only carrying one game per day, four other games are going on at the same time. That arrangement is different than MLB, where games are more spread out. Peter Delaney said the KBO setup "makes it an exciting and action-packed viewing experience."

"I love it. It's been a pleasant surprise," Delaney said. "The pace of play is quick. I will keep watching."

Another fan, Michael Sterling, said he noticed how KBO pitchers spent less time between their pitches and batters did not step out of the box as often as those in the big leagues. Jim Henderson, who had watched the first two games aired on ESPN, also spoke of "a good pace" of KBO games.

MLB fans are also trying to pick their favorite KBO club. Baseball Twitter has been flooded with suggestions for MLB equivalent for KBO teams.

Some have simply chosen to go with teams that have the same nickname as MLB clubs that they root for. Melanie Lawson, who lives in San Francisco, said she is leaning toward the Lotte Giants. Justin Dinger's hometown team is the Minnesota Twins, and he said he was excited to learn that a KBO team, LG Twins, had the same name. 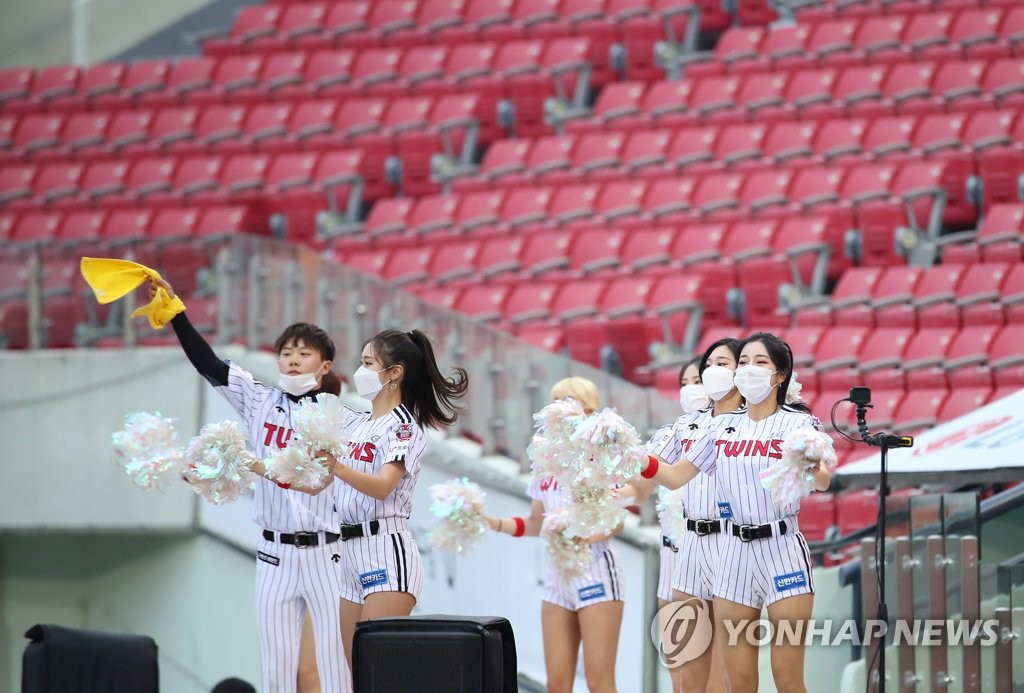 For some, ESPN's broadcast of KBO games has been a chance to reconnect with their Korea-related past.

Laurent Kim was 14 when the KBO had its inaugural season in 1982. Back then, he rooted for the Seoul-based MBC Blue Dragons, which have since become the LG Twins.

"Although I've only watched one season since I moved to the States, the ESPN broadcast of KBO games brought back old memories," Kim said.

A native of Incheon, Jeff West said he still has relatives in the city and he has been following Incheon's KBO team, SK Wyverns, "on and off."

"I will be following more often with more access to KBO on ESPN and other resources," he said.

For Andrew Smith, watching KBO also hits on a personal level. He began following the league in 2014, when he was in Seoul to finalize the adoption of his son.

"My son will watch an inning or two with me and it provides us another opportunity to share his Korean heritage," Smith said. "I love KBO baseball. The games are often exciting. The top players are very good, players have fun and the overall caliber of baseball is strong."

But Smith said he missed "the passion of the crowds," since the games are being played without fans due to lingering COVID-19 concerns. 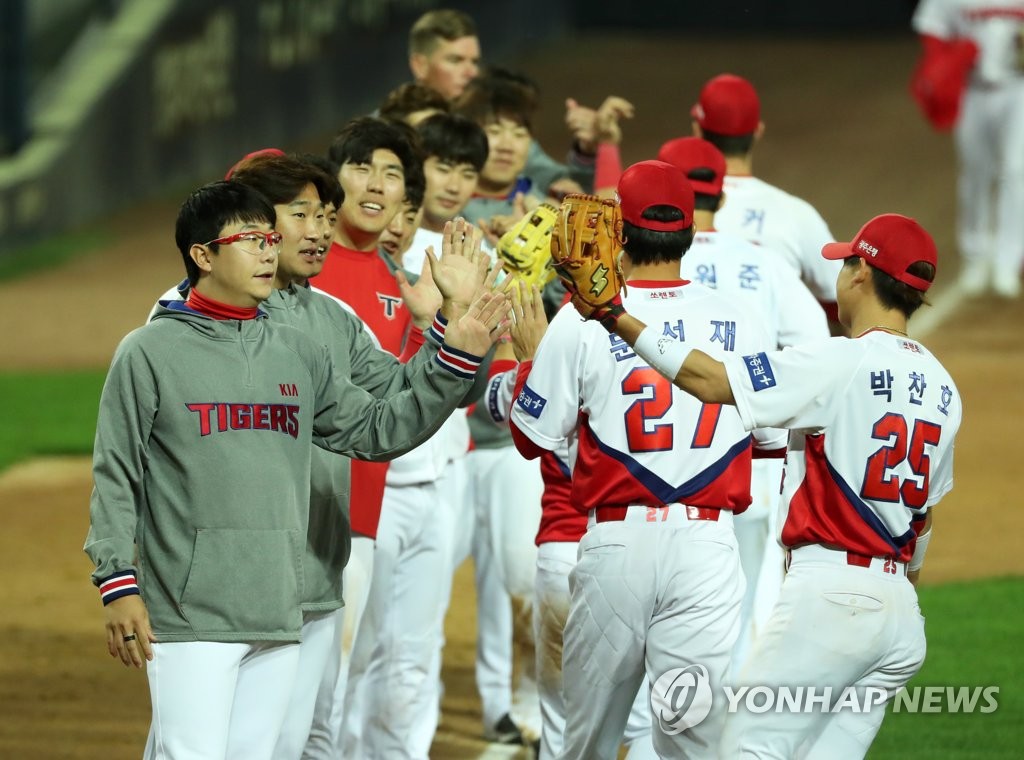 Lester Ruth, who has watched the KBO with fans in the stands during a trip, said he missed the excitement that the crowd brings. Ditto for Steven Jenderseck, who has lived in South Korea for work on three occasions and has seen firsthand how raucous fans can be at KBO games.

"The one thing that does not translate is the atmosphere of a KBO game," Jenderseck said. "I have been to a Game 7 of the World Series where my favorite team has won, but I would rather attend a KBO game in person any day!"

Kristina Kaufman, who became a Kiwoom Heroes fan after her visit to South Korea two years ago, said she also misses the loud cheering typically seen and heard in KBO games, but that does not mean she will not watch them now.

If anything, the thirst for live games in the baseball-crazed Kaufman family is running deeper than before.

"My dad surprised me by saying he wished we could listen to the games in Korean, even though he doesn't speak or understand it," Kaufman said. "My dad and I would definitely continue to watch KBO games. We love all baseball!"