SEOUL, May 8 (Yonhap) -- A debate has been brewing here over whether to expand the national employment insurance program to cover all working people as the coronavirus pandemic is expected to take a toll on the already strained job market.

South Korea's ruling party and the presidential office raised the need to enhance the job insurance scheme to enable all people doing economic activities to file for unemployment claims in case they lose their jobs.

The call came as many non-regular workers, the self-employed, freelancers and other vulnerable workers are in a "blind spot" in the employment insurance system even though they have been hard hit by the COVID-19 crisis.

"The main task in the post-coronavirus (era) will be an expansion of the employment insurance program to cover all people, like the national health insurance service," Kang Gi-jung, senior Cheong Wa Dae secretary for political affairs, told a forum last Friday. 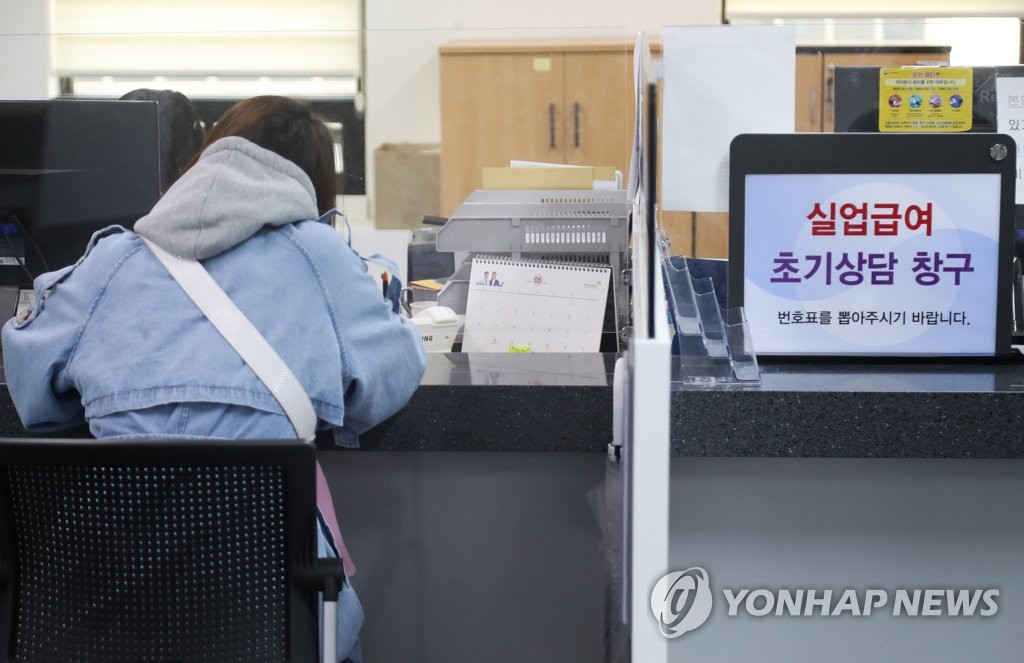 The employment insurance program was introduced in 1995 as the main employment safety net for regular workers in certain sizes of workplaces.

Those who have not enrolled in the insurance program accounted for nearly half the total working people in the country, according to the government.

Recent data showed the country's job market has begun to feel the sting of the coronavirus outbreak.

In March, South Korea reported its first on-year job loss since 2009 with about 195,000 jobs being lost. The number of temporary and daily workers sharply fell by 420,000 in March.

To prop up the job market, the government plans to spend 1.5 trillion won (US$1.2 billion) in emergency job stabilization funds to grant some 930,000 people who do not have employment insurance with 500,000 won per month for three months.

The ruling Democratic Party (DP) and the government agreed on the need to strengthen the employment insurance system. But any drastic overhaul appears impossible due mainly to funding issues.

"We need to work to improve the scheme gradually and through full social discussions," Labor Minister Lee Jae-kap said at a town hall meeting on job creation Wednesday. 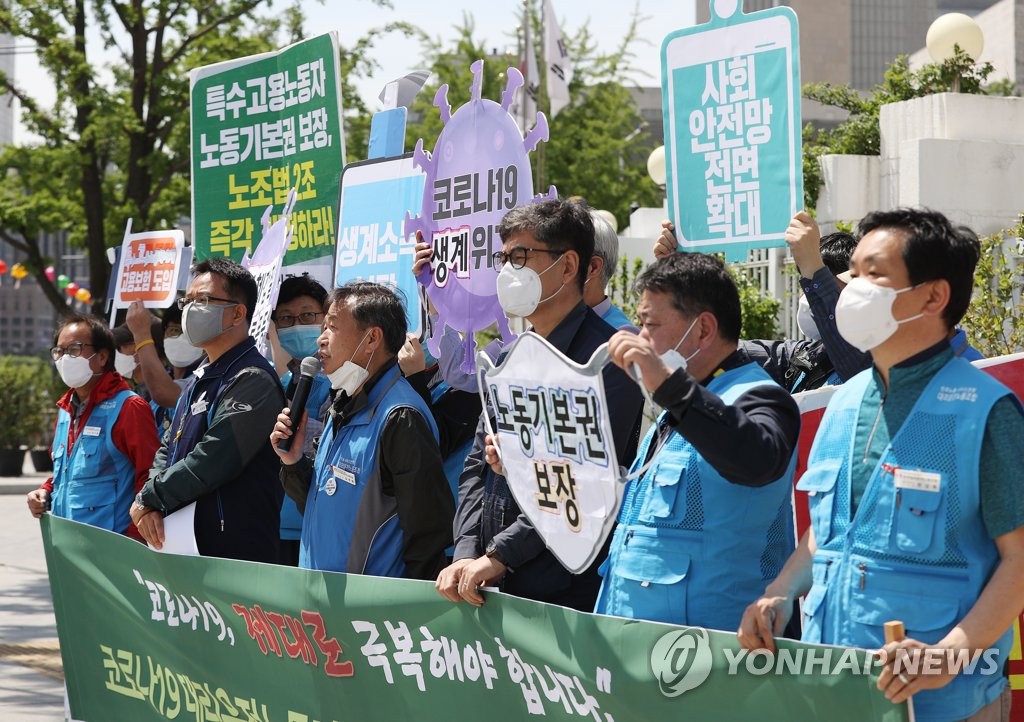 The main challenge will be how to resolve a funding squeeze at a time when concerns about the government's financial soundness have mounted amid the economic downturn.

A prolonged economic slowdown and a rise in unemployment benefits applications prompted the employment insurance fund to post a loss of 2.2 trillion won last year.

A bid to build the job insurance system for all working people will inevitably involve a rise in insurance premiums for existing subscribers or the injection of taxpayer money.

Currently, employers and workers pay the premiums for the employment insurance together. The issue of who should pay more will also emerge if relevant discussions develop, experts said.

With the priority on job creation, the government is pushing to implement its plan to provide 500,000 won in monthly allowance to jobseekers in low-income households for up to six months in the second half.

The scheme is aimed at supporting those in the blind spot of the employment insurance, such as the self-employed and underage jobseekers. A related bill is still pending at the National Assembly.

The governing party will also seek to handle a revision to the employment insurance act to enable non-standard contract workers and artists to enroll in the insurance plan.

"The DP will do its best to build the legal and institutional framework to protect vulnerable workers," former DP floor leader Lee In-young said at a meeting with an umbrella labor union on May 1.